Blog
Extreme poverty - the poorest are being left behind

At our 30th Anniversary Conference we took the chance to interview Martin Ravallion of Georgetown University—we asked him to discuss his recent work on extreme poverty, and to highlight what he believes the major challenges in this area will be over the next thirty years. This year Ravallion will deliver the WIDER Annual Lecture in Stockholm on 23 March; so if you’ll be in Stockholm then you can sign up here to attend. Or watch the webcast on YouTube and discuss the lecture using #AL20.

Ravallion suggests that the approach we have taken to measuring poverty over the past thirty years has failed to adequately take into account, or missed entirely, what has been happening to the poorest of the poor. Over the past three decades we’ve seen a dramatic reduction of poverty globally, and this trend has accelerated since the turn of the millennium. However what we are not seeing is a lifting of the poverty floor as a whole. The living conditions of the world’s most disadvantaged remain unchanged. The poorest are being left behind.

In the mid-19th century poverty levels in what we now consider the developed world were similar to what we see in Africa today. However, Ravallion points out that the process of escaping poverty for the rich countries of today was quite different from how it happens in the current developing world.

In fact, Ravallion states, the developing world today is reducing the number of poor people at a much faster rate than the developed world managed. But during its time of rapid poverty reduction the developed world was much more successful at raising the poverty floor, in particular through social policies.

Social protection and transfers are only part of the story

Ravallion acknowledges that the developing world still faces a big challenge in developing social policies that are fully inclusive and reach the poorest members of society. However, he highlights that poverty reduction is not just about nicely targeted cash transfer programmes. They can be important for poverty reduction but there is a broader set of policies required to reduce poverty, as evidenced by the case of China.

China has made huge progress in reducing poverty

Ravallion suggests that over the course of human history we have not seen anything comparable to the reduction in poverty that has occurred in China over the last thirty years. Interestingly targeted transfers played very little role in reducing poverty in China. China reduced poverty through a broad sweep of reforms that promoted openness in the economy, investment, and efficiently functioning markets. This gave the poorest access to land and credit, and made the labour market more efficient, thus providing access to jobs for poor people.

Over the next thirty years a big challenge for the developing world is going to be ensuring that states have the capacity to fight poverty. The cruel irony of fighting extreme poverty is that it is harder to do it in poor places, as these are the places that lack state capacity. Political will in the absence of state capacity is merely symbolic interventionism. Developing greater state capacity will be the crucial challenge in the fight against extreme poverty in the decades to come.

You can sign up to attend Martin Ravallion’s WIDER Annual Lecture here. Follow the event on twitter using #AL20, and watch the webcast on our YouTube channel. For more interviews on topics such as inequality, poverty, and gender, visit our YouTube page. 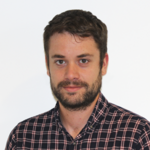 Intergenerational Mobility and Interpersonal Inequality in an African Economy

Is It What You Inherited Or What You Learnt?

Looking Beyond Averages in the Trade and Poverty Debate

Journal Special Issue Article | Intergenerational Mobility and Interpersonal Inequality in an African Economy
Blog | Poverty, Inequality and Growth
Working Paper | Is It What You Inherited Or What You Learnt?
Book Chapter | Looking Beyond Averages in the Trade and Poverty Debate
Blog | Five lessons from Martin Ravallion’s WIDER Annual Lecture