The World Bank and gender sensitivity

The World Bank began to pay attention to gender in the 1970s, and in recent years it has started to make gender a true institutional priority. However, Bank investments in key social and economic sectors still routinely ignore women’s vulnerabilities and needs, decreasing aid efficiency and undermining women’s rights.

Though the World Bank has made strong policy commitments to women’s equality as integral to development and healthy economies, when World Bank investments are assessed, it is clear that the objective of economic efficiency still overshadows the stated commitment to women’s equality. Making an economic argument for women’s empowerment is valid only insofar as women’s human rights are not negatively impacted. The Bank’s superficial inclusion of women’s concerns in many of its investments, as well as continued macroeconomic investments that disadvantage women, risk undermining the gains that have been made in recent years towards  women’s empowerment in Bank investments. 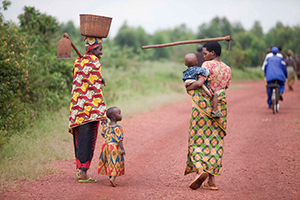 The World Bank invested US$12.98 billion in agriculture and rural development during the fiscal years 2006-11. However, the projects tend to ignore women’s/human rights issues.

For instance, although the Bank promotes agribusiness as critical to development and poverty reduction, its agribusiness investments often fail to uphold women’s rights. Examples include ignoring gender discriminatory hiring in this male-dominated sector and dispossessing small-scale farmers—the majority of whom, in many countries, are women—from agricultural land.

While female livelihoods in most parts of the world depend on agriculture, many Bank investments ignore legal and cultural impediments to women’s access to project benefits. Finally, many Bank projects lack sex-disaggregated indicators to measure performance.

The World Bank’s investments in sexual and reproductive health and HIV/AIDS in fiscal years 2006-11—amounting to US$1.80 billion—are infinitesimal compared to the Bank’s total spending in the same period, US$221.71. It is, nevertheless, notable that the Bank tends to ignore sexual health as a human and women’s rights issue. Instead, the Bank primarily funds projects as a means to achieve economic growth.

Many of the Bank’s investments undermine both men’s and women’s rights to sexual and reproductive health by promoting possibly harmful user fees. For example, several projects either explicitly demand contributions from the poor in order to access services, or support health insurance and voucher schemes that risk excluding the poorest and most vulnerable patients, especially women and girls.

World Bank investments frequently pay little attention to gender inequalities that contribute strongly to the spread of HIV, and the Bank rarely collects sex-disaggregated indicators in sexual and reproductive health and HIV/AIDS projects.

Because conflict affects men and women differently, conflict prevention and post-conflict reconstruction efforts must respond to different gendered needs. Too often, however, women are not equitably integrated into conflict aid projects. Of the 113 conflict prevention and post-conflict reconstruction projects that the Bank contributed to from 2006-11, only nine explicitly identify gender as a theme. 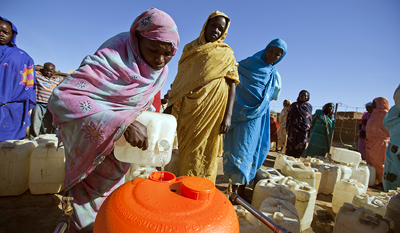 Several World Bank post-conflict and reconstruction investments run the risk of reinforcing traditional gender roles by ignoring women’s active roles in conflict and not making project benefits accessible to women. In addition, only two World Bank projects approved since 2006 are fully dedicated to explicitly addressing gender-based violence in conflict situations (Democratic Republic of Congo and Côte d’Ivoire), despite the fact that women pay the greatest price of conflict. Finally, the Bank’s conflict prevention and post-conflict investments often undermine economic rights of women and girls by ignoring the informal sector, where women often earn their income.

The single most important step that the World Bank can take is to recognize that many of the goals its mission promotes are first of all human rights and women’s rights, and arguments for gender equality as an instrument for economic growth are valid only insofar as these rights are recognized.

The World Bank needs to  have more experts working full time on gender issues, and ensure that all borrower countries have gender focal points who are allotted the time to complete their gender-related work.

To ensure that all operations are gender sensitive, the Bank should consider providing financial and other incentives for non-gender units and non-gender focal point staff to better incorporate gender issues into their programmes. Following through on these suggestions will require sustainable and increased funding directly from the World Bank budget.

The Bank must apply robust monitoring and evaluating indicators to measure the extent to which Bank investments address gender issues. According to the Bank’s superficial metrics, in March 2013, almost 90 per cent of Bank investments were gender-informed. It is recommended that the Bank apply a more rigorous gender sensitivity assessment tool, such as Gender Action’s Essential Gender Checklist found in its Gender Toolkit for IFI Watchers.