Policy Brief
How do governments respond to food price volatility?

Large food price fluctuations—caused primarily by extreme weather events, market disruptions, investor behaviour and government policy—began in the world market in 2007 and presented serious challenges for governments, private traders, farmers and consumers. A collaborative project between Cornell University, University of Copenhagen, and UNU-WIDER on the political economy of food price policy studied how selected governments responded to increasing food price volatility, and explains why they responded as they did. The degree to which world market price volatility was transmitted to national and local markets varied greatly among the 16 countries included in the project. This was due to trade policies, differences between import and export parity prices, and several other factors. The low degree to which international prices were reflected in domestic prices in some cases, and the large impact of national factors—such as local weather events, poorly functioning domestic markets, and limited dependence on foreign trade—meant that the behavioural response by governments to the international food crisis tended to be similar to the responses to earlier food price fluctuations caused by national factors. Path dependence was widespread.

Policy responses differed widely among countries, and were largely dependent on local context and history

Most countries studied focused on moderating food prices and compensating consumers, rather than promoting structural change in the agricultural sector

Except for a few countries with politically powerful agricultural sectors, policy responses were directed at two main objectives. First: moderating food price increases through export restrictions, reduced import tariffs, removal of valueadded tax on food, and release of grain stock. Second: compensating select groups of consumers for increasing food prices through targeted transfers, consumer food subsidies, and increased public sector wages. In general, transfers were targeted at those groups of urban consumers likely to be most important for government to maintain its legitimacy. In fact, although improved food security was the declared goal of many of the countries, maintaining legitimacy appeared to overshadow all other goals.

Lack of relevant information, conflict among government agencies, and mutual mistrust between governments and the private sector, all contributed to policy delays, reversals, and untimely policy implementation. Associations of large farmers, traders or millers played important roles in some countries. The voice of urban consumers was heard primarily through riots, threats of instability, and perceived threats to the legitimacy of decision makers. Smallholder farmers and the rural poor played little or no role in policy design and implementation. 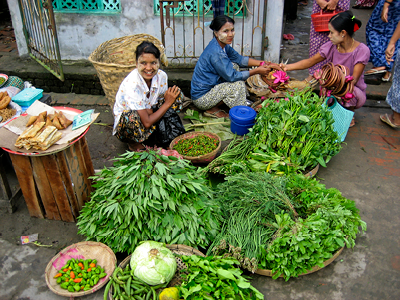 The design and implementation of policy interventions should be considered within a context-specific framework. However, on the basis of the findings from the 16 study countries, the following eight policy recommendations are likely to be relevant for most developing countries:

1 Strengthening the policy-relevant evidence base: Policy makers in most of the countries did not have access to relevant, reliable, and timely information about policy options and expected impact of each option on the various stakeholder groups. An improved database, timely market information, including reliable forecasts in developing countries, would greatly facilitate evidence-based policy design and implementation. Sharing of such information across countries and international assessments and forecasts are needed.

2 Appropriate use of trade policy and careful interference in price signals: WTO negotiations are needed to strengthen the rules for abrupt and large changes in trade policies of exporting countries. World market prices should be permitted to penetrate domestic markets to assure that appropriate price signals are sent to domestic producers and consumers, and to dampen price volatility in the world market. Targeted compensatory measures could be pursued if needed to protect specific groups, such as poor consumers or producers.

3 Reduction of fiscal costs of short-term interventions: Food and fertilizer subsidies, income transfers and other compensatory measures should be effectively targeted to avoid excessive fiscal costs. Deliberations about the introduction of export bans and elimination of import tariffs should take into account the impact on fiscal costs. 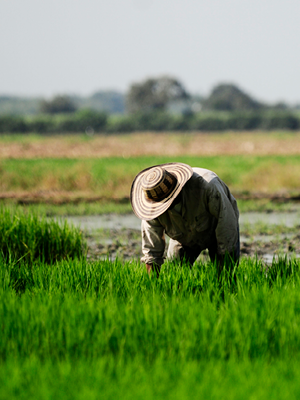 5 Facilitating effective risk management tools: More effective risk management tools are needed by farmers, traders and consumers to cope with extreme weather events, global warming and market fluctuations. Better market forecasts, timely dissemination of weather-related information, and research to develop risk-reducing technology—such as drought- and flood-tolerant and pest-resistant crop varieties—are examples of measures to be taken by both the public and private sector.

6 Improving the management of public sector grain stocks: Poor management of government grain reserves contributed to food price volatility. Ideally countries would create institutional arrangements that, independent of stakeholder interests, would manage government grain reserves including the timing and quantity to release and purchase. The political process would be used to set guidelines for such institutions, but the release and purchase decisions would not be subject to political deliberations.

8 Improve collaboration between the public and private sectors: Mutual mistrust between governments and the private sector contributed to domestic food price volatility because it increased the uncertainty in decision-making. A higher degree of predictability and transparency in the behaviour of governments and the private sector should be pursued through the sharing of market information and various arrangements of public–private partnerships. Preparations of policy interventions to be introduced in subsequent periods of time should be made public and opportunities for anti-competitive behaviour and corruption in the supply chain should be reduced or eliminated. Creative tension between the public and private sectors may be useful, but mistrust, conflict and attempts to undermine one another, as experienced in some study countries, will reduce efforts to minimize negative and enhance positive effects of food price volatility to an illusion.