Research Brief
How important are management practices for micro, small, and medium enterprises in Vietnam?

Given the weight of micro, small, and medium size enterprises (MSMEs) in total employment in Vietnam, and because the long-awaited development process is occurring through productivity gains, there is value in understanding the mechanisms that foster or limit their expansion. In particular there has been little work done on the extent to which the managerial capacity matters for MSMEs.

Managerial abilities make a difference for the performance of micro, small, and medium enterprises (MSMEs) in Vietnam

However, the effect of the managerial capital on productivity is as important for micro firms as for larger ones

Entrepreneurial attitudes and the capacity to innovate are the most significant aspect of managerial capital for MSMEs, more than what is considered ‘good’ management practices

Few will question the relevance of a multinational manufacturing corporation’s expenditure on advertising. Eyebrows may be raised if the same question is asked about an informal worker producing rubber sandals.

In the developing world MSMEs rarely use what are considered as elementary business practices in industrialized countries. The majority do not keep basic written accounts, and they compete mostly with other local household businesses. However, some enterprises do display high organizational and managerial abilities. This managerial capital (MC) can act as an additional efficiency factor. Thus it can be argued that even among microfirms, managerial inputs can improve the productivity of other inputs.

The notion of managerial capital refers to all practices, and traits, of an enterprise operator that potentially have influence on a firm’s efficiency. This can include formal book-keeping, inventory management, financial or strategic planning, and pricing strategy, as well as innovativeness or self-confidence. 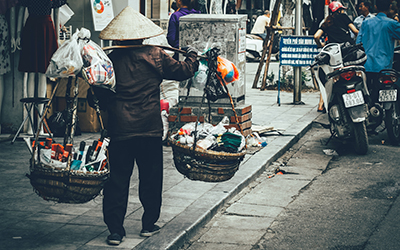 The lack of MC has only recently emerged as a constraint on firms’ growth. Competing more aggressively, advertising products, innovating, or incentivizing workers’ wages can all lead to higher value added.

The research findings show, not surprisingly, that the smaller the firm the lower the MC. Almost none of the microfirms in Vietnam show high levels of managerial capital.

Managerial capital however does not appear to have an effect on the extent to which MSMEs are able to mark up their products or services to increase the income they receive per input. This suggests that the role of MC lies mainly in improving productivity and technical efficiency.

Which aspects of managerial capital matter?

Firms with a higher MC generate more output because they are technically more efficient. However, this says little about the relative importance of the various indicators of MC. Different types of business practices or entrepreneurial attitudes have different types of impacts. Formal written accounts or incentivizing workers’ wages may influence the labour or capital productivity, as each additional worker or capital unit may be more effective. On the other hand, marketing, aggressive competition, or innovation might directly increase the value added of the inputs.

Findings from the research data show that MC is particularly important for firms to gain technical efficiency rather than to acquire greater market power. Entrepreneurial attitude and innovation are the most significant factors when considering all indicators separately. It appears that these entrepreneurial attitudes play a more important role than elementary business skills.

The traits and attitudes of managers may matter as much as business practices. Making business owners more proactive and perseverant seems to increase their performance.

Can managerial capital be taught? 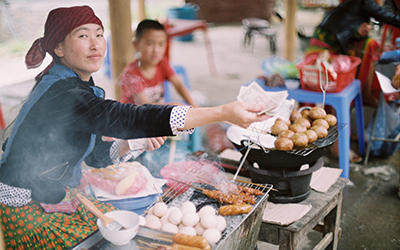 Numerous programmes have been launched around the developing world to improve the business skills of microenterprises, and this has led to a substantial body of literature evaluating the impact of these programmes.

The content of these programmes gives insights into what economists consider to be important business skills for this population. The programmes are often elementary, compared to those of larger firms, and frequently include book-keeping, separating household and business budgets, elaborating growth strategies, financial planning, pricing and cost calculation, marketing, inventory management, savings, and debt management.

The evaluations often reveal little effect of training programmes on labour outcomes, although there has been clearer evidence of improvement in business practices.

A key preliminary question would be to determine whether MC is teachable at all. A limited share of the variation in MC score is explained by the characteristics of the firms’ owner (gender, etc). Besides younger individuals having higher MC scores, education has by far the largest influence.

As a consequence, raising education level is probably one way to directly increase all the dimensions of managerial capital for future generations, while business trainings may improve some of the practices of existing firms’ owners.

MSMEs should be better informed of the possibilities available for improving their managerial capacities, through carefully designed training programmes, contests, and funding

Given that entrepreneurial attitudes explain most of the effect of MC on productivity, and that these attitudes are rarely found — and even more rarely encouraged — among microenterprises, these results vouch for a transversal approach to support microfirms. Even though they are very small, predominantly informal, and often seen as having little business potential, these MSMEs should be considered as actual firms by the local and central authorities, noticeably in urban planning policies.