Research Brief
How to Promote Sustainable Jobs in Mozambique

Mozambique has achieved remarkable macroeconomic success over recent decades, boasting one of the world’s highest rates of GDP growth, averaging 7% per annum since 1994. However, absolute poverty remains stubbornly at around 50%, especially in the rural sector. Social tensions have also been rising, spilling over into isolated incidences of unrest. This reflects concerns over the high cost of living in urban areas as well as a scarcity of good quality employment opportunities.

Around 80% of Mozambicans work in the agriculture section, most on smallholdings or family farms which generate little income. Rates of under-employment are high (while unemployment is low). Population growth is also high—over the medium term, more than 300,000 people will enter the labour market each year, likely increasing to 500,000 new entrants by 2025. Moreover, natural resource extraction is becoming the predominant target of investment and export growth, and this industry does not create large numbers of jobs. 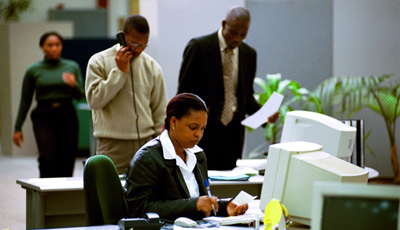 Meanwhile, opinion surveys have indicated that concerns around lack of access to employment are most acute among the urban youth, who often fuel public unrest.
Given high rates of poverty among rural households exclusively engaged in agriculture (60% in 2008/09) and the fact that the majority of workers reside in rural areas, the persistence of high rates of poverty appears driven by (while not entirely attributable to) jobs in the agricultural sector.

Challenges to growth in Mozambique

There is little evidence that the jobs landscape in Mozambique is evolving towards growth. Levels of labour productivity are generally low, which is linked to the very limited access people have to improved technologies such as fertilizers or pesticides. This accounts for much of the disconnect between strong economic growth and slow poverty reduction. People in Mozambique generally do not choose agriculture, but rather have no other viable option. Lack of access to physical capital is a critical impediment to pursuing non-farm activities.

There are also distinct challenges in the urban sector. The productivity of Mozambique’s manufacturing firms is also low compared to similar countries, despite comparable wages. Youths in particular express rising frustration over the country’s failure to generate higher-quality (modern) jobs.

A primary objective for jobs policy in Mozambique should be to leverage the expected revenues from natural resources in order to stimulate the economy in a way that would generate the much-needed jobs. Revenues from resource extraction should be used for large, long-term public investments and policy commitments towards job creation.

Agriculture will likely remain a predominant activity in Mozambique. Thus, it is vital to promote a more vibrant, productive rural economy. However, given the very low level of agricultural productivity, even large improvements will not have a significant impact. Moreover, a growing share of the population resides in urban areas and aspires to alternative work. Therefore, agriculture should not be the sole focus of job policies.

The challenge is to support dynamic non-farm household businesses which can become dynamic engines for growth. 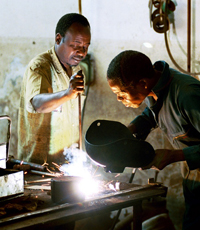 Finally, although the informal sector will remain a key source of jobs over the medium term at least, formal jobs should not be ignored. In Mozambique, formal sector jobs are associated with significantly higher living standards and long-term growth. Therefore, labour-intensive growth in the business sector should be promoted, including small household businesses (as opposed to capital-intensive industries such as natural resource extraction). These export-oriented activities specifically should be supported in order to strengthen social cohesion and fulfill the aspirations of the more educated urban youth.

The most important priority for jobs is to address low levels of agricultural productivity in order to help reduce poverty. This requires rural infrastructure investments, the use of basic technologies like pesticides and fertilizer, and opportunities for diversification of work.

Two other priorities need to be addressed simultaneously. The first is to foster entrepreneurship in informal jobs that are outside farming, many of which offer living standards on a par with formal wage employment.

To date, the Mozambican government has imposed serious barriers to expansion of the informal sector and access to finance—such as burdensome regulations, and complex and inefficient ownership and transfer rules—and this needs to end. Second, the government should aggressively support the growth of other labour-intensive industries with potential for export, as these will improve productivity and longer-term growth. Revenues from natural resources should be used to substantially improve infrastructure and logistics services in key geographic areas.

The jobs challenges in Mozambique are acute, but existing opportunities should be seized to pursue a developmental trajectory that addresses these challenges head on.