The number of fishers and fishing vessels in the capture fishery sector, especially the artisanal marine fishery sub-sector, in Ghana has grown significantly over the past two decades leading to declining catches per trip. In addition to having too many fishers and boats, almost all the fishers have acquired nets with illegal mesh sizes, although the intensity of their use varies. Also nearly one-half of the fishers use light aggregation equipment when luring fish. These illegal activities are detrimental to biodiversity conservation and sustainability of the fishery sector.

The consumption of fish in developing coastal countries generally exceeds that of their counterparts in the developed world. For example, the per capita fish consumption in Ghana exceeds the global average by 77 per cent. In addition to providing the much-needed animal protein, especially for the poor, the capture fisheries sector remains a significant employer. In Ghana the fishery sector employs about 20 per cent of the nation’s labour force and accounts for approximately 4-5 per cent of the gross domestic product.

The artisanal fishery sub-sector employs low-tech equipment but dominates the other marine fisheries in terms of employment and landings. The fishery sector is managed as a regulated open-access, thus any Ghanaian who has access to fishing equipment can fish if they obey the national fishing regulations. Easy access to the fish stocks has inevitably resulted in declining catches per fishing trip beginning the mid-1990s. Currently, the sub-sector lands 70 per cent of the marine catches.

In a bid to improve their catch efficiency, several small-scale/artisanal fishers are using nets with illegally small mesh sizes, light attraction equipment, poison, and dynamite in fishing. What leads to these practices and how could they be mitigated through government action? Research on two different violations of fishery law—namely illegal mesh size and light attraction fishing—gives us insights to answer this question.

Findings from research on violations of mesh size regulation

With regard to nets with illegal mesh sizes, research finds that the intensity of violation of the regulation, which is measured by quantity of juvenile catch, depends on a number of factors:

The rate at which a fishers discount future benefits/costs: Individual discount rate, which measures the rate of impatience, highly correlates with poverty. Thus, this finding indicates that fishers who are poor cared less about resource conservation, and therefore had a higher intensity of violation of the regulation (Akpalu 2011).

Subjective evaluation of the risk and severity of punishment: A way of reducing the intensity of violations may be to increase surveillance (i.e., probability of detection) and expected fines. Surprisingly however, increasing surveillance is found to be more than twice as effective in discouraging violation as a corresponding proportionate increase in fines. This is likely due to the social cost of shame that a fisher experiences if caught vis-à-vis the easiness of bribing enforcement officers to avoid paying a fine.

Perceived fairness, legitimacy, and feasibility of the regulation: Perhaps quite interesting is the finding that perceived fairness of the regulation explains intensity of violation. This is because one of the targeted species are anchovies—contributing up to 25 per cent of total landings—and fishers typically perceive the legal mesh size to be too large and improbable. The efficacy of this policy is therefore doubted by the fishers.

Age of the skippers of the fishing boat: Younger skippers had higher intensity of violating the regulation compared to their older counterparts. The relative impact of this variable is stronger than that of the risk of punishment. A plausible reason is that younger skippers can easily seek alternative livelihood options compared to their older counterparts. Also, it was found that skippers who were the owners of the fishing boats/equipment had higher intensity of violation.

Findings from research on violations of light attraction regulation

The research on violation of the light attraction regulation by artisanal fishers has also unearthed some intriguing findings (see e.g. Akpalu 2011) largely confirming the findings of the mesh size violation research.

First, subjective evaluation of the risk of punishment and the severity of punishment both explained the decision to violate the regulation. Moreover, similar to the mesh size regulation, increasing surveillance or the probability of detection proves to be a stronger deterrent than increasing fines.

A very striking finding relates to the role of religious norms. Several fishers indicated that they will not violate the regulation if they take an oath before the ‘sea god’ not to do so. A fisher in Ghana, irrespective of his faith, typically believes that the sea is controlled by a god and that a fisher may encounter the wrath of the sea god if they do not live by the oath. Only 11 per cent indicated that they may violate the fishing regulation after taking an oath. The impact of the oath variable on the violation decision is much stronger than all the other variables, except the perceived fairness of the regulation.

The skills of the skipper are also a good predictor of their decisions on whether or not to violate the light attraction regulation. Skippers who are less technically efficient are more like to violate the regulation. This finding has been confirmed in a related study that found that the violators and non-violators have significant intrinsic catch potentials (see e.g. Akpalu and Normanyo 2014).

The research clearly reveals that poverty, as well as lack of education or fishery skills, makes it more likely for an individual to violate fishery regulations in Ghana. Consequently, addressing the acute poverty in the fishing communities could reduce the violation rate. Educating the fishers—especially the younger ones—on the importance of fishing regulation and the consequences of unsustainable practices could also bring good outcomes in this regard. Fishers may be discouraged from violating the fishery regulation if the skills of the less skilful fishers are improved (Akpalu 2011)

Increasing surveillance and fines may discourage illegal fishing, but from these two the former is likely to be more effective. Fishers violate the fishing regulations because they consider them unfair or illegitimate. Dialogue between fishery authorities and fishers is critical in conserving the artisanal fishery resources. Finally, the role of religious norms in fisheries management could be explored. 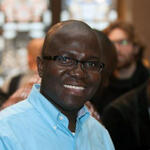 Learning to Compete
Next