Research Brief
Lessons from the transformations of Asian states

Over the last 50 years, Asia has emerged as the most important laboratory for understanding the roots of state effectiveness and the consequences of different modes of state action for delivering enhanced wellbeing. While in the mid-twentieth century social science researchers were focused on debates between planning and markets, and later turned to neo-liberal markets, Northeast Asia was creating a new paradigm for state effectiveness — the developmental state.

During the late twentieth and early twenty-first centuries, Asia has proven that capable state bureaucracies are a valuable social asset worth protecting and nurturing

There is little support for the idea that less powerful state apparatuses facilitate implementation of democratic, inclusive agendas

On the other hand, democratic politics is an effective tool for empowering the state. So there is a positive, self-enhancing connection between the capability of the state and evolution of democratic structures

China, Vietnam, and Singapore show that there is no direct connection between state capacity and transitions to democratic politics

There is no ‘one size fits all’

Asia in the late twentieth and early twenty-first centuries has validated the idea that capable, coherent state bureaucracies are a valuable social asset worth nurturing. It was the small East Asian ‘tigers’ — Korea, Taiwan, Singapore — that became the icons of this model.

These countries managed to change their position in the world economic hierarchy in the course of two generations. Despite being partially undermined by the entering intrusion of global capital in Northeast Asia, these original developmental states have continued to perform well.

At the same time, the range of political configurations that connect these states and their societies cannot be simply summarised. ‘Strong state democratization’ may be one way to describe the original Northeast Asian developmental states, but China, Vietnam and Singapore show that there is no direct connection between state capacity and transitions to democratic politics.

The consolidation of the state and periods of mass mobilization can, at least in the cases of Vietnam and China, account for a certain degree of general embeddedness of the state in society. Citizen action has made these states responsive, even if not accountable. 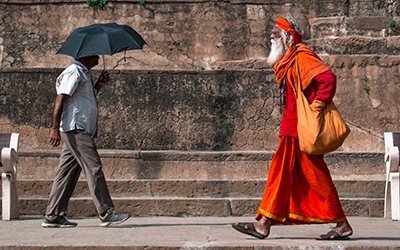 The case of India

The case of India underscores two central claims of the developmental state research, while raising an additional set of challenges to explaining developmental outcomes. On the one hand, India reinforces the importance of nurturing a coherent bureaucracy. The rule of law and bureaucratic organization of state authority have secured stability, protected pluralism, and, in the post-liberalization period, have helped create the conditions for sustained growth.

At the same time, India illustrates the complexities of relations between state and society. The Indian state’s embeddedness in society has been doubly compromised. First, in the absence of more genuine decentralization, the efficacy of the state remains highly constrained at the local level. Second, the fragmented nature of representation in the Indian political system has favoured particularistic over more encompassing interests, weakening the bureaucratic autonomy of the state. 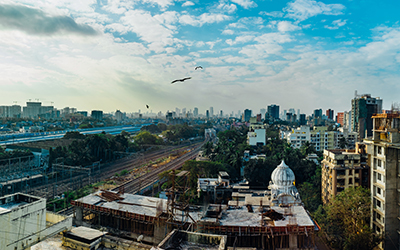 More than anything else, the limits of the state’s embeddedness explain India’s weak performance in social development and its current trajectory of growth without inclusion. But India also forces introspection.

Development academics, multilaterals, and state elites have long liked to think that they have the right tools and policies to get the job done if popular demands and pressures can be postponed or kept at bay. At first glance, the first generation of East Asian developmental states, as well as China in more recent years, back up this view.

However, when you consider the unique histories that set the stage for the developmental state in these countries — including long periods of state formation and violent ruptures — India does not follow this same path. The comparison may also tempt to attribute the problems of the Indian state to its ‘prematurely’ democratic political foundations, but this has in fact been essential to the project of nation-building.

Moreover, variation across Indian states shows that where democratic institutions and practices have sunk deeper roots, largely as a result of social mobilization, development has been far more inclusive. 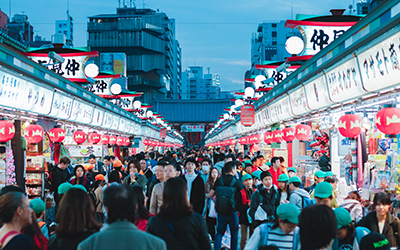 Looking to the future

The rise of the Northeast Asian developmental state depended on its ability to engage with global markets without being overrun by the corrosive effects of global neo-liberal capitalism. There is no guarantee that this same ability can be preserved in the coming decades. The global rise of reactionary nationalist populism has already had effects in Asia, for example, in India and the Philippines. This ideological wave could easily turn political energies from inclusive development towards the exclusion and demonization of the minority ‘other’.

Over the course of the next 25 years, Asian states must deal with both internal obstacles and the challenges of the twenty-first century global political economy. The value of competent state apparatuses for development remains undeniable. The ability to preserve such states, and to create them where they do not yet exist, will be a key determinant of Asia’s future path.

At the same time, the quest continues to find ways of replacing control by elites whose narrow short-term interests drown society’s developmental agendas and of building institutions that will secure effective delivery of collective goods and enable societies to establish priorities through democratic deliberation. The institutions of democratic accountability remain precarious where they exist and elusive where they have not yet been established.

Asia’s future path will be determined in large part by the ability to preserve competent state bureaucracies, and to create them where they do not yet exist

There remains a need for clear-eyed investigation on Asian countries in the future too, looking into the political possibilities and taking into account constraints caused by historical circumstances.