How much are we willing to allow top earners to squeeze the poor?

​Inequality higher than ever

Since the financial crisis of 2008, policy makers and economists have grown more concerned with the issue of income inequality. Recent studies have shown that income and wealth inequality has been on the rise and is higher than ever in many developing and developed countries. The CEOs of large multinational corporations can earn as much as 653 times the salary of their employees and the world’s richest 85 individuals own more than the bottom three billion, according to a study by Oxfam.

Although there seems to be an intrinsic social aversion to such extreme levels of inequality, reactions have not quite been as strong one would expect. One likely culprit for this muted reaction is the incomplete insight provided by the Gini coefficient—the prevailing measure of inequality—which focuses on changes in the middle of the distribution, not at the extremes, where most of these changes seem to take place.

The traditional model of income inequality, Kutznets' curve, argues that inequality increases in the initial phase of development as wage differentials between skilled and unskilled workers increase, only to decrease after a certain level of development has been reached and the ratio of skilled-to-unskilled workers decreases. To this school of thought, inequality is not necessarily undesirable. It is the result of different skills and productivity and thus serves as a motivation for skills upgrading, increased productivity, and thus development.

Contrarily to this however, what has been described as the new school considers inequality to be undesirable because it is negatively correlated with economic growth. This is blamed on the unproductive expenditure of the rich, persistence of low levels of human capital and political disenfranchisement and instability.

Three factors have contributed to the rise of the second group of scholars. Firstly, much of the burden of the economic adjustment after the financial crisis seems to have fallen on the poorer part of society, confirming that ‘the rich get richer while the poor get poorer’. This was accompanied by a increase in attention to the scholarly efforts to provide new and better data and methodologies, from such authors as Palma, Milanovic, and Piketty. Among their observations, was the fact that not only has inequality increased between the rich and the poor, but also the fact that the Gini coefficient does not capture the drivers or magnitude of this change to inequality. For example, both Portugal and Sierra Leone’s had a Gini coefficient of 34.4 in 2010, when the latter is clearly more unequal according to other indicators than the first.

The Palma index overcomes this issue by describing inequality through the ratio of income share of the richest 10% of the population to the income share of the poorest 40%. Palma's findings suggest that most of the variation is indeed located in the top and bottom income shares, not in the middle which appears to be relatively stable across countries. This measure, the ‘Palma v.1’, describes the differences in inequality between Portugal and Sierra Leone much better. Indeed at 1.38 and 1.73, respectively, they are separated by twenty other countries in a ranking of inequality.

A further question is whether the levels suggested by Palma could be complemented with other thresholds or whether it would be appropriate to delve deeper. If income is unequally distributed even amongst the top 10%, then we may still not be getting the full picture.

The richest of the rich

Applying Palma’s measure of inequality to the top 5% of income earners rather than the top 10%, so as to create a new measure of inequality, the ‘Palma v.2’, shows that it is this smaller sub-set that is driving the income accumulated by the top 10% of income earners. Even within the top 10% of income earners, income is very unequally distributed, indicating an even stronger level of income concentration at the top than might be suggested by Palma’s original measure. These two opposite tails of the income distribution are also where most of the volatility occurs, as captured by higher coefficients of variation compared to the middle income groups. 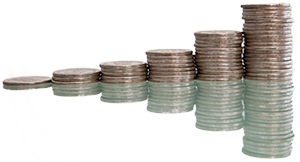 The evolution of income inequality over time is complicated by limited data, but the trends described above appear to be confirmed in the experiences of Colombia, Pakistan, Thailand, and the Philippines between 1988 and 2008, as described by the World Income Distribution dataset. The income share of the middle 55% has remained relatively stable and much of the variation has occurred among the top 5% and the bottom 40%.

The richest of the super rich

Using the LIS 2013 database, it is possible to peek into the earnings of the top 1% income earners in a sub-sample of 41 countries and compute a ‘Palma v.3’ measure of inequality. While the extremes remain consistent—so that we still find Slovenia, Sweden and Switzerland among the most equal, and South Africa, Colombia, and Peru are consistently the most unequal—some regional dynamics disappear. Japan and Korea appear to be more equal. Traditionally egalitarian Nordic countries like Denmark, Finland, and Norway lie exactly in the middle of the 41 countries presented when measured by their top 1% income holders. This is suggestive of the power of redistributive policies, which allow some countries to mitigate inequalities but the absence of which continues to plague others.

The choice of inequality indicator—far from being a dry, technical exercise—is highly politically and ideologically charged

Time-varying data is once again limited but information from the LIS dataset shows that only in the cases of Switzerland, France, Austria, the Netherlands, Spain, Ireland, and Mexico did the share held by the top 1% decrease between 1990 and 2010. In all other 18 cases the share of income held by the top income earners increased during that period.

Working Paper | The Inequality We Want