Research Brief
The Price of Inaction - Climate Change in Mozambique

Although Mozambique overcame years of conflict and has been at peace since 1992, it continues to face high levels of poverty, disparities in education levels and low life expectancy. These obstacles are exacerbated by concerns over climate change and the effect it will have on future economic development. In a country where a large percentage of the population earns a living from rainfed agriculture, climate change is of paramount concern. In order to address this issue, UNU-WIDER researchers have assessed the costs imposed by climate change on the economy of Mozambique and calculated the outcomes of various practical adaptations that could be implemented to keep costs to a minimum.

The geography of Mozambique covers a large range of latitudes encompassing a variety of climate zones and conditions, and climate, notably extreme weather events, such as flooding, drought and cyclones, can wreak havoc on the economy. 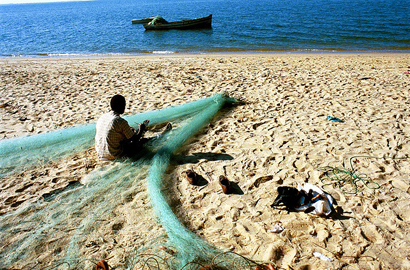 To more accurately predict the outcome of climate change in Mozambique, this study uses a comprehensive model to study the economic impact of climate change over an extended period of time. Mozambique serves as an illustrative case in this study. The model approach can be applied to other countries as well and is currently being utilized by UNU-WIDER researchers in other assessments under the research project Development Under Climate Change.

Calculating the cost of climate change to Mozambique

In order to determine the economic impact of climate change in Mozambique, four different sectors – energy, infrastructure, agriculture and coastal zones/sea levels – are studied using four scenarios of climate change. These scenarios utilize historical baseline climate data (including frequency of droughts, floods, cyclones, etc.) and simulate extreme climate events in order to estimate long-term effects of climate change. In general, the climate of the region is predicted to become hotter over time; however, other elements of climate change such as average rainfall, flood frequency, and drought frequency are more difficult to predict and can vary substantially across alternative projections of future climate.

The data from these models is then used to calculate the economy-wide impacts of these events as well as the total cost of the incurred damages. It is estimated that climate change in Mozambique from 2003 to 2050 would cost from US$2 to US$7 billion (present value of costs to 2050 discounted at a five percent rate) if no reforms or policy changes are enacted. A substantial amount of cost would be incurred toward the end of this period, with half of the damage a result of flooding (caused by river basin conditions in southern Africa, not just in Mozambique). In all future scenarios, national welfare is reduced.

Steps to reduce the economic impact of climate change

How can the costs of climate change be minimized in Mozambique?

The results of this study indicate that the most important and cost effective improvements to be made in the case of Mozambique are in improved road design and in the agricultural sector. For roads, investment in more robust roads, particularly unpaved roads, will reduce the need for future repairs due to effects of climate change. More robust roads can provide long term gains with constant investment levels. However, reallocations of existing budgets are not sufficient to fully offset climate change costs. An investment of up to US$1.3 billion to improve agricultural productivity (specifically in the areas of research, extension and technical advancement) will outweigh the costs of climate change if it succeeds in generating a 1.2 percent increase in the rate of agricultural productivity growth.

These are considered to be “no-regret” steps, i.e. measures that will have a positive impact no matter what the future climate may be; other measures, such as increased irrigation, may prove more costly to implement, and thus it could be that these costs outweigh any benefit gained.

The study highlights other important adaptations including the development of a more flexible and resilient society. This can be accomplished by continuing to develop educations systems to produce a more educated population which, along with the support from strong public and private institutions, will be able to cope more easily with problems engendered by climate change. There is also a clear need for a regional cooperative river basin management system to be developed to reduce the risk of flooding as Mozambique is affected by river management decisions made upstream in other countries.