Ways to Attain MDG4 and MDG5

The Millennium Development Goals (MDGs) on maternal and children’s health could be tantalizingly within reach if new aid initiatives can effectively replicate successful schemes from around the world.

MDG 4 aims to reduce child mortality by two-thirds by 2015 from the benchmark year of 1990, when almost 12 million children under five died annually. Progress towards this target has been impressive but still insufficient, since 6.9 million children died in 2011.

To achieve MDG 5, to reduce by three-quarters the maternal mortality ratio, all women need access to reproductive healthcare, and the global average maternal mortality rate (MMR) should fall to under 100 maternal deaths per thousand pregnancies by 2015. The MMR dropped from 400 in 1990 to 210 in 2010, a fall of 47 per cent.

Maternal health and the survival rates of young children are clearly linked. Though the MDGs on reducing maternal and child mortality still look difficult to reach, it could still be possible if remarkable examples of successful strategies and interventions could be replicated in those countries still falling behind their targets.

Sri Lanka has reached MDG targets well ahead of schedule, thanks to the strategic expansion of a nationwide network of health centres, teaching hospitals, prenatal clinics, maternity homes, and rural hospitals. Traditional birth attendants have been replaced by trained midwives, and nearly 98 per cent of births today occur in institutions. Importantly, international organizations supported healthcare improvements in Sri Lanka by channeling aid through the government’s existing foundations.

In Niger the under-five mortality rate (U5MR) declined rapidly from 226 deaths per thousand live births in 1998 to 128 deaths per thousand births in 2009. A national public healthcare programme has targeted childhood illnesses—for example diarrhea, pneumonia, and malaria. Many rural regions gained
community health posts staffed by trained health workers and supplied with essential drugs. Family planning campaigns, a massive measles vaccination campaign, and increased attention to nutrition have also helped. These programmes were supported by both UNICEF and the health ministry which provided access to the drugs and commodities essential to making the health posts functional. 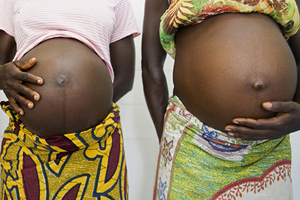 Ghana’s U5MR has also declined greatly since 2000. Key actions have included the wider use of insecticide-treated nets over children’s beds, and family planning campaigns that have increased the interval between births.

Mexico has introduced cost-effective large-scale interventions to increase vaccination coverage and combat diarrhea through better treatment and sanitation. A conditional cash transfer programme called Progresa introduced in 1997, and then renamed Oportunidades in 2000, provides financial support to families in exchange of regular health clinic visits and nutritional support, especially among mothers and pregnant women. Midwife training has also been enhanced. This led to a reduction in U5MR from 64 per 1000 live births to 23.

In each of these countries impressive improvements have been made thanks to well-planned domestic health policies and effective support in the shape of carefully channeled external financial and technical assistance has played a vital role.


Aid effectiveness and the Paris Declaration

The 2005 Paris Declaration on Aid Effectiveness laid down an outline for donors and partner countries to reform the way aid is delivered and managed. The principles of ownership, alignment, and harmonization are particularly relevant to donors involved in the health sector.

However, there are many instances where donors have moved away from schemes that engage with the recipient governments because they can be hard to realize and monitor in the poorest countries. Instead much focus has been on providing funding for single issues such as vaccination programmes or anti-malarial campaigns; such funding is often provided to private actors working outside government systems. Such schemes can achieve impressive results, but to achieve the MDGs on maternal and child health it is clear that low-income countries will still need well-organized country health systems.

Single issue initiatives could feasibly help to reinforce progress towards vital development objectives, but to do so in a sustainable manner they need to be better aligned with recipient countries’ own national health strategies.

A lack of effective harmonization between donors can also create unnecessary problems. Local health officials sometimes find that meeting different donors’ demands takes up time that they could better use to deal directly with vital health issues. In Tanzania, for instance, health workers in some regions may spend more than 20 days per quarter writing reports for a plethora of different donors. The practical consequences of this kind of aid fragmentation put a heavy burden on the fragile capacities of developing countries’ health systems. To avoid such problems donors should strive to co-ordinate and harmonize their efforts. Donors working on similar issues can undertake joint missions rather than separate projects.

Collaborations between low-income countries represent an alternative way to spread improvements by exchanging experiences. One such partnership between Brazil and Mozambique on HIV/AIDS has yielded positive results.