The framing of social protection policies in Tanzania

Until 2010s, social protection was not high on the political agenda in Tanzania. Yet in 2012, the government approved the implementation of a nationwide conditional cash transfer programme. What led the government to commit to a policy area that was otherwise of low priority?

These policy entrepreneurs were able to push for the PSSN through the strategic use of resources and expertise, and by framing their favoured policy solution as fitting the government’s perceived development challenges

A concurrent drive to promote the introduction of a universal old-age pension was less successful as it did not speak as clearly to the government’s vision, being instead seen as non-productive and ineffective in addressing poverty. Also, the policy entrepreneurs driving social pensions were less resourceful and less centrally placed

Ideas often play an important role in policy innovation and development. However, policy entrepreneurs are more successful in promoting policy solutions if the ideas are in line with the elites’ understanding of the country’s development challenges

In the early 2000s, there was low elite commitment to social protection in mainland Tanzania. Being a low-income country, Tanzania had high levels of deprivation and correspondingly high demand for income security, but limited resources to address these issues. While a general lack of financial resources and capacity within both government and civil society were compounding factors, there was also lack of political will to provide social protection to the poor.

Yet, in 2012, the government approved the implementation of the Productive Social Safety Net (PSSN) programme, which is a nationwide conditional cash transfer (CCT) programme that targets the extremely poor.

The push for the introduction of the social protection programme came from the so-called policy entrepreneurs. The notion of policy entrepreneurs refers to actors which promote policy change. Specifically, the promotion of the PSSN was driven by transnational institutions — principally the World Bank — in collaboration with domestic policy-making institutions, such as TASAF (Tanzania Social Action Fund).

Importantly, the policy entrepreneurs secured elite commitment by showing how the PSSN fitted the government’s development visions and priorities. 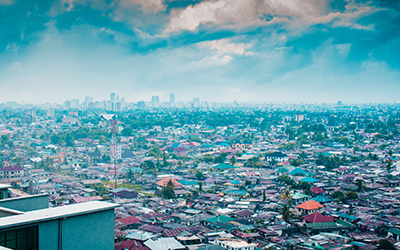 The Development Vision 2025 and the Tanzania Five-Year Development Plan (FYDP) 2011/12–2015/16 were, at the time, the primary documents indicating the government’s approach to development. Both documents, as well as speeches by the political leaders, highlighted that the government prioritized economic growth and productivity in addressing Tanzania’s development challenges. To address poverty the government emphasized key terms, such as community development, self-reliance, responsibility and hard work.

The PSSN was framed to fit these stated goals and priorities. Specific elements of the programme — such as targeting the most vulnerable, conditionality, and public works —  were stressed as they fitted the government’s growth strategies focused on improving agricultural productivity as a poverty alleviation strategy.

Social protection was therefore framed as an instrument to strengthen the agency and ability of the poverty-stricken to participate in markets and improve their livelihoods. 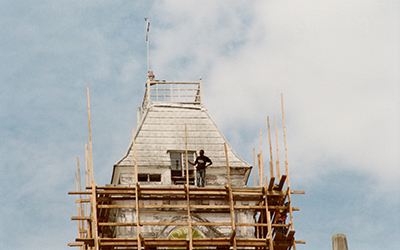 The development of the PSSN in Tanzania shows how policy entrepreneurs can build elite commitment to social protection.

Initially the World Bank drove the process, strongly helped by its availability of resources and expertise and its reputation as a driver for productive and pro-poor economic development. However, domestic policy institutions were also important partners in designing, implementing, and advocating for a policy solution.

In addition to framing the PSSN to be in line with government priorities, the policy entrepreneurs used their resources and expertise strategically to convince the government. They used, for instance, policy examples from other countries, empirical evidence, analysis of pilot programmes, workshops and trips to make government officials aware of the programme’s advantages and abilities in terms of meeting development challenges.

Comparing PSSN to the promotion of the old-age pension 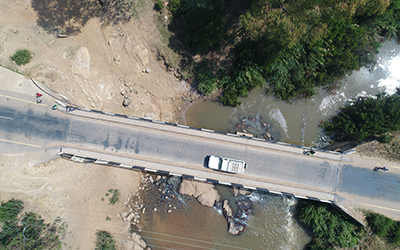 When comparing the concurrent promotion of the old-age pension to the advocacy of the PSSN, clear similarities emerge between the types of policy entrepreneurs involved and the strategies used. In the case of the old-age pension, however, policy entrepreneurs did not have equivalent levels of financial resources, partnerships, or policy solutions fitting the elite's problem definition as well as in the case of PSSN. This offers an explanation for the relative success of the PSSN.

Policy entrepreneurs can use different strategies to promote their policy, but it seems particularly important that proposed policy solutions fit the elite’s understandings of the country’s challenges. This means that to understand the long-term sustainability of social protection policies in Africa the promoted policies need to be reflected against governments’ development visions.