One common characteristic of the fast-growing countries with good labour market outcomes — Korea, China, Vietnam — was at the beginning of their growth spurt their initially equal household income level, which was the result of renewed distribution of income. The most salient examples of more equal distribution methods were programmes of land redistribution and early investment in education. This investment in land and human capital assets helped create spells of virtuous growth.

While Asia has seen rapid economic growth over the past fifty years, this has not translated into higher employment rates in every country

Although the fast-growing countries with successful labour market regimes started their development process with the aim to increase equality, in some countries, like in China, household inequality has risen substantially over the last decades. This begs the question of the sustainability of current growth regimes.

Several countries which did not manifest a high-growth regime also have, or had at least in the past, a low-inequality regime. Hence it is clear that a low-inequality regime is a necessary but not a sufficient condition for economic growth and high employment rates. Another common element in the fast- and medium-growing Asian countries with good labour market outcomes must be in the drivers of growth. 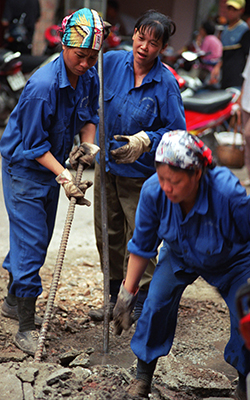 All Asian countries which have demonstrated positive employment outcomes and economic growth have used external markets to sustain a demand-led growth regime. Governments of these countries encouraged firms to export, with clear export targets. For example, Korean firms were not allocated foreign exchange or further export licences if they had not met earlier agreed targets.

These countries defied the Washington Consensus, which came to dominate policy advice from the Bretton Woods institutions in the 1980s emphasizing free market policies and reduced state involvement.

Government policies to increase agricultural productivity through land redistribution, investment, subsidies, and the provision of public goods for agriculture and for human development are also common for countries with fast and medium growth and with a successful labour market regime.

There are six factors that determine future development of economies and labour markets in Asia, all of which point to the need for demand-led growth, which has proved to be a key for success in some Asian countries over the last 50 years.

Asian economies have witnessed a favourable demographic development characterised by falling child dependency, a growing working-age population, and a moderate rise in old-age dependency. The transition to an older population will deprive the region of this main driver of its economic success. Coping mechanisms for this transition should include support for immigration and for the participation of older people and women in the labour force.

In the poorest countries of Asia, emigration still predominates. For these countries, remittances remain a considerable part of GDP. However, fluxes of emigration and remittances can change quickly. China, South Korea, Thailand, Malaysia, and Sri Lanka will need immigrants to maintain favourable dependency rates and economic growth, while countries in South Asia as well as Indonesia and Laos can ‘afford’ emigration. Labour shortages in the region can only be avoided if Asian countries improve their collaboration for an orderly migration regime. 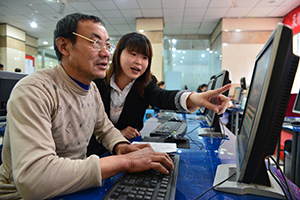 Technological development and industrialization have played a major role in the fast-growing Asian countries with a virtuous growth path and superior labour market outcomes. In the transition to more service-oriented activities, new technologies can dramatically boost productivity. With reforms becoming more urgent, one key lesson is that new technologies and changing globalization patterns highlight the need for complementarities between economy-wide and targeted approaches. How Asian countries strike this balance will be instrumental in their future success.

The discussion on the future of work is often couched in terms of how automatization is affecting the high-end manufacturing industries in Asia. Yet this seems mainly to apply to China and South Korea. Robots have primarily been employed in the automotive, electrical, and electronic industries. In many labour-intensive industries, such as garment-making, widespread automatization is not yet a reality. The experience of China when it developed its industrial base while maintaining agricultural output could be an example for other Asian countries.

Major increases in literacy and secondary education attendance are common characteristics of Asian countries with high or medium growth rates and good labour market outcomes. In countries which lag behind in achieving full literacy and secondary education attendance, growth and productive employment will remain constrained. Countries that have progressed well in these areas need to be aware of the fast changes in the labour market caused by the technological development. This requires changes in school curricula and systems of continuous learning and upgrading of skills.

Income inequality in most of the Asian countries has increased or remained stable. Most notable is the increase in India and China. A strong contributing factor for this is the declining wage share, indicating that capital owners capture productivity gains to a larger degree than workers. With growing inequality, the economic growth of the past is not sustainable. High inequality and faltering growth will lead to social unrest and to deteriorating labour markets, undoing for some countries the gains achieved.

Domestic policies targeting these challenges may be reinforced or compromised by unpredictable international developments. Achieving a global social contract on growth and employment would help accelerate sustainable development in Asia and beyond. But whether such a global contract will emerge is not at all a certainty.