Social assistance programmes have proliferated across Africa alongside redemocratization — the return of multi-party systems with regular, competitive elections. Competitive elections in Africa can provide an incentive to welfare policy reform because they push presidential candidates and political parties to brand themselves, often in populist ways. Strong support for new social assistance programmes can be a critical component of such a political brand.​

Other major parties in Malawi insisted that economic growth, hard work, and support for maize farmers were the ways to alleviate poverty

After redemocratization in 1994, competitive elections in Malawi have provided a powerful incentive for presidential candidates to develop strong, clear, national political brands.

Joyce Banda responded to her expulsion from the Democratic Progressive Party (DPP) in December 2010 by creating a party of her own — the People’s Party (PP). The People’s Party successfully branded itself as the pro-poor political party in Malawi.

Social protection programmes played a central part in Banda’s branding exercise distinguishing her candidacy from that of the Mutharika brothers and the DPP, with their brand focusing on subsidies to farmers to expand agricultural production. Distancing herself from her more elitist and male peers, she professed to understand the challenges facing women and the poor. 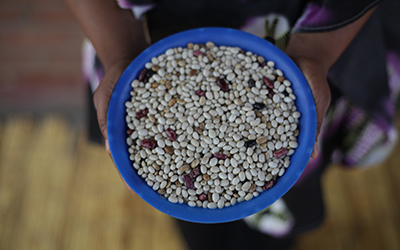 Banda unexpectedly became President in 2012 following the death of the incumbent. In her first State of the Nation Address, Banda sought to distance her government from her predecessor’s. In addition to economic transformation, she promised to protect ‘the vulnerable and the excluded’.

Banda even sought to reclaim the term ‘handouts’ from the discourse of those opposed to social assistance. In conversations about social assistance, she explicitly chose to use the phrase to rebrand social assistance as a moral obligation of Malawian society. ‘Even in Western countries’, she said, ‘there are ultra-poor people who survive on handouts’. If re-elected, she would ‘continue to give help to those in need’. At a food distribution event, she proclaimed:

'I want all of you to know that I will continue distributing maize to the needy people of this country. There is no way I can stand by and drink tea when people are suffering.' 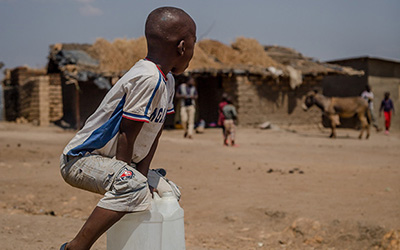 Banda began her re-election campaign in 2014 with a clearly articulated brand, but with a party in disarray. A corruption scandal known as ‘Cashgate’ had unraveled her strong base of support from members of parliament, causing a mass defection. Lacking an established grassroots network and a reliable bureaucracy, the PP was unable to deliver a large-scale poverty alleviation programme and Banda’s electoral prospects began to look bleak. Banda had little choice but to double down on her handout initiatives as the core of her political brand.

Banda branded herself unapologetically as the champion of ‘handouts to the poor’. Her competitors, predictably, branded themselves as alternatives to the incumbent’s embrace of social assistance. The president’s fiercest critic, the Malawi Congress Party’s (MCP) candidate Lazarus Chakwera, branded himself as the pro-growth candidate, denouncing handouts. Peter Mutharika of the DPP rebranded himself as the candidate of food security and farm input subsidies. 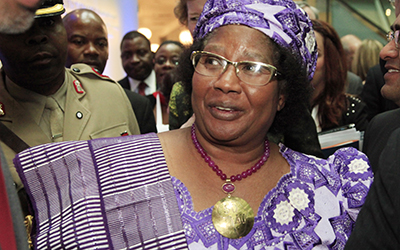 The election was not fully a referendum on these approaches, however, as it was dominated by the unfortunate Cashgate corruption scandal involving the theft of some USD 30 million from public accounts by civil servants and senior ministers within the Banda government. The revelations prompted donors to withhold about USD 150 million in budgetary support. Although Cashgate likely predated Banda’s presidency, Banda was popularly discredited, and her campaign failed to garner the support of more than 20% of voters.

Banda’s defeat in the 2014 Malawi election, although caused partly by other factors, suggests that there are limits to the political popularity of social protection branding

Nonetheless, the fact that she used this brand suggests that social protection has grown in political significance in the continent as an expression of pro-poor priorities

Illustration of a wider movement towards social protection

The case of Malawi in the 2010s contributes not only to a rethinking of the factors underlying electoral success in contemporary Africa, but also to a fuller understanding of the emerging politics of social protection. Social protection has been placed firmly on the political agenda by Joyce Banda, once an incumbent president. The case of Malawi is one example of the link between redemocratization and the creation of a politics of social assistance.