Special economic zones (SEZ) in Africa are generally regarded as underperforming relative to their peers in the rest of the world. To explain this underperformance and to support success in the future it is important to analyse the key features and what is lacking in the design of African special economic zones. This analysis focuses on six Southern African countries: Mauritius, Namibia, South Africa, Tanzania, Zambia, and Zimbabwe.

What are special economic zones?

SEZ refers to a geographically designated area where economic laws are more liberal than in the rest of the country, to attract investment and economic growth.

The scope of SEZ extends beyond geographical boundaries — one firm can be designated as a SEZ if considered strategic regarding the country’s development objectives. One-firm SEZs are normally referred to as single factory units. The practice of designating single factory units is very common within the African context.

Organizational attributes: roles and responsibilities need to be stated clearly

Having a SEZ regime with a specific policy and strategy, as well as a stand-alone SEZ specific legislation in place, is one of the critical organizational factors. Among the six countries under review only South Africa has a stand-alone SEZ policy, while Namibia has a SEZ strategy. 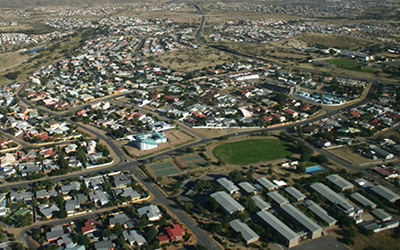 Having a stand-alone SEZ regulator also makes it easier for the development of the necessary SEZ enforcement expertise. In Namibia and Zambia SEZ enforcement is done by an industrial promotion body. This can slow down SEZ programmes as they become overshadowed by other commitments.

The development of SEZs is an important task which demands a dedicated agent to perform. This includes ensuring that there is the requisite infrastructure in place to attract investment. The SEZ regulatory role should therefore be separated from SEZ development and operation roles so as to reduce potential conflict of interest.

In the cases of Zimbabwe, Zambia, and Tanzania, the regulator has also been given SEZ development functions. Resultantly, investors have often been invited to operate without complete installation of infrastructure. This is because the public regulator often lacks the capacity to develop and put in place the necessary facilities.

Where these roles are clearly separated, the regulator has a clear supervisory role. For example, in Mauritius the regulator can withdraw the licence of an operator for not providing the required facilities for investors.

The decision matrix for declaring an area to be a SEZ is very critical, as it determines the attractiveness of the SEZ to investors. As such, a regime that places the responsibility on the SEZ applicant to justify why the area has to be declared a SEZ (as is the case in South Africa) tends to perform better.

This contrasts with situations where the government designates SEZ status without proper feasibility studies resulting in sub-optimal locations which do not deliver expected benefits. This is the case in countries such as Tanzania where the proliferation of SEZs in every region has been driven more by political than economic factors. In Zambia the location of one SEZ had to be revised after establishment due to concerns about security and availability of mineral deposits.

Zimbabwe is also one of the countries where SEZs have been designated in areas without any complementing synergies, resulting in limited impact on the economy. 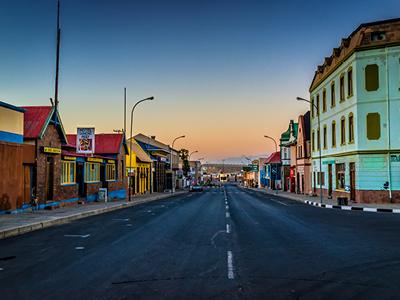 Some countries have incorporated single factory units within their SEZ programmes. Single factory units benefit from the fiscal incentives they receive but lack access to dedicated infrastructure and services as the firms are dispersed. In single units it is also difficult to reap the benefits arising from economies of agglomeration.

In countries that have single factory units in their SEZ regimes — such as Tanzania, Zimbabwe, Namibia — SEZs face bottlenecks in accessing reliable infrastructure. A programme such as in South Africa where the SEZ regime is strictly based on geographic delimitations ensures that firms exploit the associated advantages.

The provision of adequate infrastructure is a prerequisite for the success of SEZ programmes. South Africa and Mauritius have ensured that SEZs can only operate after the requisite infrastructure is in place. In Namibia, Tanzania, Zambia, and Zimbabwe, some SEZs have remained inactive for a considerable amount of time after designation due to lack of infrastructure.

The SEZ regulatory bodies should not be given the mandate to develop the SEZ zones, as this may result in conflicts of interest

Dedicated policies, strategies, legislation and institutions should be put in place as they enhance the success of SEZ programmes

This analysis explains that there are several reasons why the SEZ programmes in Africa are failing. Unless governments invest enough time and financial resources in the initial design of SEZs they risk making all investment in them disappear. This brief is based on WIDER Working Paper 61/2020 ‘Special economic zones in Southern Africa: Is success influenced by design attributes?' by Cornelius Dube, Wellington Matsika, and Gamuchirai Chiwunze.