Blog
Tax havens - What is the nature of the beast?

International development organizations largely agree that illicit capital flight from developing countries is an obstacle for development. And transparency is commonly seen as the best way to tackle the issue. But is it enough?

Tax havens have been in the headlines in recent years: ‘Panama Papers’, ‘Paradise Papers’, ‘Luxemburg Leaks’, and so forth. Tax havens are territories offering low taxation combined with high banking secrecy. This makes it both possible and easy for enterprises to shift profits and evade taxes.

At first glance this sounds like activity that most states or at least their citizens would not want to support as tax havens can result in significant amounts of lost tax revenues. But why then do tax havens still persist? Are they something that the international community wants to get rid of or are they quietly accepted as a part of global economic order? What is the nature of the beast?

These were some of the questions raised in the doctoral thesis defense of former UNU-WIDER research intern Matti Ylönen. He recently defended his thesis Planned Economies? Corporations, Tax Avoidance and World Politics at the University of Helsinki. The tricky questions mentioned above came from his opponent Daniel Mügge, Professor of Political Arithmetic at the University of Amsterdam.

Answers to Mügge’s questions are crucial if we want to know how to tackle the issue. Thus let’s try to look the beast in the eyes.

The role of multinational enterprises

According to the think tank Global Financial Integrity (GFI) the majority of illicit financial flows into tax havens are due to tax evasion by multinational enterprises (MNEs). GFI has estimated that the practices of MNEs constitute around 87% of the illicit flows.

These flows are hard to estimate. The estimates of the magnitudes of tax evasion from developing countries differ, from approximately US$100 billion to nearly US$1 trillion annually. In their WIDER Working Paper, Niels Johannesen and Jukka Pirttilä conclude that the recent estimates, which are in the low-end of the range, are more plausible than the earlier (higher) ones. Caroline Schimanski has pointed out the difficulties of uncovering profit-shifting and has raised concerns about the quality of the available firm-level data.

Nevertheless, it is still evident that developing countries lose significant amounts of tax revenue annually due to tax evasion by MNEs. And developing countries are often more dependent on corporate income tax than wealthier countries. Alex Cobham and Petr Janský, in a WIDER Working Paper, conclude that low-income countries could be losing 6-13% of their total tax revenues due to profit-shifting by MNEs.

Much talk, but what about country action?

In sum, the issue is widely seen as important, and there has been much discussion at the level of international development policy and strategy. But what is happening at the country level?

In his thesis and in a WIDER Working Paper Matti Ylönen analysed the policy advice given by the International Monetary Fund (IMF) to the Seychelles, Panama, and the Netherlands. At the committee level, the IMF was committed to tackling tax avoidance and tax evasion. But according to Matti Ylönen’s study, the IMF has not adequately followed through on its statements at the country level. The IMF has also been inconsistent across countries in its treatment of tax haven issues.

Ylönen also noted in his PhD defence that the linkages between disciplines and different research traditions are weak when it comes to research on MNEs and their taxation. This can be problematic, because to understand the issue we need to understand the magnitudes and empirical drivers, and also the special features of international law and trade as well as institutional bottlenecks, lack of capacities, and political power relations that might hamper efforts to tackle the problem.

Lack of capacity or the rules of the game?

From power relations and lack of country capacity we return to the questions posed by Daniel Mügge. Do tax havens exist because we lack the capacity and information to deal with them, or are they actually a consequence of global political power relations? Maybe the tax haven industry is in favour of some states. As Professor Mügge puts it: ‘What if tax havens are part of the de facto rules of the global game?’

The stereotype of a tax haven is a Caribbean island. While some tax havens are similar, the tax haven industry is, however, much more complex. For example, the British crown dependencies of Jersey, Guernsey and Isle of Man are also tax havens, that have close links to the City of London, the UK’s financial centre. The City of London itself can be seen as a hub of the whole tax haven web operating in UK territories. Some states in the US can also be seen as tax havens because of their shell company policies. And, as Matti Ylönen noted, the Netherlands benefits from the tax haven industry because of its large tax treaty networks and exemptions in its tax laws, which enable the Netherlands to work as an intermediary jurisdiction for tax avoidance purposes. Thus it seems that tax havens are not just on the margins of the world economy. They are, in many ways, interlinked with the onshore economies of wealthier countries.

Accordingly, improved transparency, or increasing the capacities of the tax authorities, might not solve the problem. If so, it could be asked: doesn’t the actual problem lie deeper in the area of global power relations?

Maybe so, but transparency and capacity-building would have to be part of the solution anyway. As Matti Ylönen said in his answer to Mügge: ‘transparency would be the first precondition to tackle the issue’. And there is a lot of work that needs to be done already with transparency.

According to Ylönen, to really tackle profit-shifting we would need a global unitary taxation system for multinational enterprises. At the moment enterprises should do their intra-firm trade according to market prices. Sometimes — especially in the case of intangible products such as trademarks and licenses — it can be quite tricky to estimate the hypothetical market prices. This is one reason why the tax authorities find it difficult to monitor the current transfer pricing practices of MNEs.

A unitary taxation system would mean taxing MNEs as single subjects and allocating their tax liabilities according to genuine economic factors such as sales, payrolls, and physical assets. In this system there would be no need to estimate hypothetical market prices.

As Mügge noted, global unitary taxation for enterprises would, however, be politically very difficult. The states would need to agree on a formula for allocate the liabilities. This type of arrangement has been under negotiation in the European Union since 2011. Thus there is some tendency in the direction of unitary taxation, but the progress has been slow.

It might be true, that in the short term we won’t see unitary taxation for MNEs happening in a global scale. Nevertheless, in the long run to really tackle tax evasion it might be the most effective way forward. And that would mean changing the rules of the game. 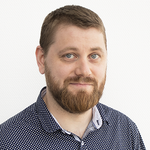 Blog | Too late, too little? The IMF and international tax flight
Blog | Tax, spending, and poverty
Blog | How multinationals continue to avoid paying hundreds of billions of dollars in tax