The Rwandan government introduced the Vision 2020 Umurenge Programme (VUP) with donor support in 2008. The VUP comprises public works, unconditional direct support for those unable to work, and a financial services component that promotes financial literacy and provides credit. This new elite commitment to social protection emerged from the interaction between the political settlement, the distributional regime, ideational influences, and policy coalitions advocating for policy change.

A combination of rapid development and poverty reduction — alongside the suppression of ethnicity, regionalism, and clientelism — has been seen as the means to transcend the country’s earlier divisions

While donors’ ideas about social protection have been influential, these were adapted by government with a view to meeting its own goals

The VUP is an example of an elite-driven, top-down initiative to address a perceived emerging threat to the political settlement and is inherently intertwined with the political legitimacy of the ruling coalition

This new elite commitment to social protection emerges from the interaction between the political settlement, the distributional regime, ideational influences, and policy coalitions advocating for policy change

The programme faces challenges concerning financial constraints, prioritization and the targeting of participants

Following the devastation of the genocide, economic growth in Rwanda was strong in the 1990s and steady in the first half of the 2000s. However, growth was leading to rising inequality and making little contribution to poverty reduction.

The first paradigmatic idea of Rwanda’s political settlement was the need to move beyond the ethnic and regional divisions that had dominated colonial and post-colonial administrations. According to the Rwandan Patriotic Front, ethnicity is a purely colonial construction that introduced previously non-existent divisions into Rwandan society. The government’s aim was to promote a unified national identity in place of ethnic and regional self-identification and thereby return to the supposed harmony of the pre-colonial era.

The second idea concerned the need to deliver rapid and inclusive socioeconomic development. Not only is this seen as an essential means of transcending past divisions, but also a way to ensure national independence and autonomy in a context where development partners and other external actors are not considered reliable. The third foundational idea was the need to avoid political clientelism, which threatens to undermine developmental efforts and could lead to the resurgence of ethno-political mobilization.

As such, the post-ethnic and developmental vision of the ruling coalition and its political legitimacy are closely intertwined. The possibility of resurgent sectarian divisions constitutes an existential threat for a regime that continues to be associated with an ethnic minority, while a combination of rapid development and poverty reduction — alongside the suppression of ethnicity, regionalism, and clientelism — is seen as the means to transcend these divisions. 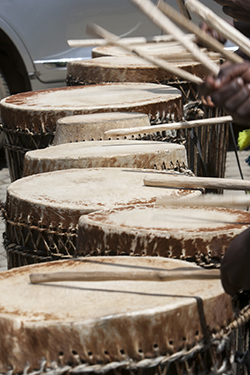 In 2007, Rwanda was increasingly concerned about low rates of poverty reduction and rising inequality that demonstrated a failure of government strategy. The leadership, and specifically President Paul Kagame, decided that something needed to be done.

According to government representatives, the VUP was not a response to specific demands made by interest groups or electoral pressures. Instead, according to them, it was a response to persistent high poverty rates that represented an emerging political problem.

The importance political elites placed on the VUP translated into strong pressure on the team designing the programme regarding the pace of the roll-out and expected impact of the programme. VUP targets were derived from the gap between Vision 2020 targets and the slow progress by 2007, rather than a realistic assessment of what the programme might be able to achieve.

The plan was for an exponential expansion from thirty pilot sectors to nationwide coverage within five years. The expectation was that after involvement in the programme for just six months, all participants would be ready for graduation. 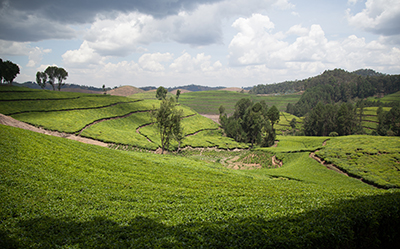 The initial decision to adopt the VUP and the sustained level of elite commitment over time created space for a transnational policy coalition to form and discuss policy options. A shortage of technical capacity in government enabled donors to shape the problem definition and policy design. However, the nature of the domestic political settlement strongly influenced, for example, the productive focus of the programme and its emphasis on self-reliance.

The strong elite commitment to the VUP is demonstrated by its implementation, with government financing a significant proportion of the costs, hiring staff, and institutionalizing the programme. Furthermore, while there have undoubtedly been cases of corruption, there is no evidence of the widespread use of the VUP for patronage purposes, as has been the case in some other countries.

This does not, however, mean that implementation has always been effective. The VUP faces three major implementation challenges: significant financial constraints; a lack of clarity on priority outcomes (i.e., poverty reduction or infrastructure development); and potentially ineffective targeting of programme participants. 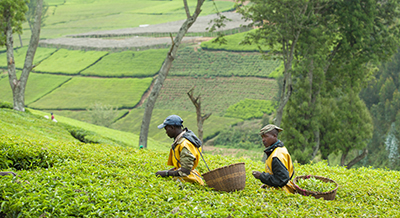 Overcoming these challenges has not always been assured. Programme participants have consistently received fewer workdays than were targeted, and only 54% of eligible households participated in public works in 2011–12. While poverty reduction was undoubtedly a core concern driving the original adoption of the VUP, the programme has competing priorities in practice that undermine its ability to deliver the targeted level of poverty reduction.

The example of Rwanda highlights the importance of ideas, not only interests, in analying the formation of a political settlement

The VUP is an example of an elite-driven social protection initiative to address a perceived emerging threat to the political settlement, but it also demonstrates the influence of ideas and ideals in forming the political reality in Rwanda.