Developing countries will be predominantly urban by 2030. While urbanization is historically associated with development and broad-based social mobility, its effects on social mobility in cities of the Global South are more variable and less uniformly optimistic. Improving lives for the urban poor will require careful and sustained policy responses.

As developing countries rapidly urbanize, poverty is becoming an increasingly urban phenomenon. Across the Global South, most urban residents work in the informal economy in low-paying, volatile positions that provide limited opportunities for upward mobility. And they live in overcrowded slums, which provide inadequate shelter and infrastructure, and leave residents at risk of displacement (Figure 1).

Most slum residents remain stuck in poverty and place for generations. Alleviating urban poverty and vulnerability poses one of the key development challenges of our time.

It is worth remembering that slums and slum-like conditions were also widespread in today’s rich cities, such as London, New York, and Paris (Figure 2). These conditions did not automatically go away on account of industrial-led economic development.

Rather, these and other Western cities and countries enacted intensive policy and legal reforms focused on labor and housing protections, investment in public health and education, and a host of other public interventions. The combination of urban job opportunities and government investments in human capital and social safety net programs helped to facilitate broad-based upward mobility.

Analogous government investments and regulations are noticeably absent in developing countries today, despite being even more crucial. There are at least two key differences between contemporary and historical urbanization trends that exacerbate the persistence of urban poverty today.

First, there are far more ‘struggling’ cities now experiencing rapid population growth alongside bleak economic progress. Many of the urban poor in these cities face unemployment and under-employment rather than transformative opportunities.

Second, today’s urban poor experience pervasive informalities that leave them disconnected from institutional supports. The vast majority of urban residents in the Global South work informally: up to 75% in Latin America, 85% in South Asia, and 97% in sub-Saharan Africa. This precludes them from access to many government safety net programs. Without property rights, many slum residents struggle to access financial markets and infrastructure provision linked to formal titles.

Moreover, large numbers of people in slums lack even the most basic city-based identity papers, and their entire urban existence remains unacknowledged by the state. These extreme institutional disconnections leave slum residents particularly vulnerable to shocks – a reality that has been laid bare by the devastating impacts of the global coronavirus pandemic.

We do not expect to see transformative gains for the billion-plus living in urban slums without a great deal of planned policy support. To this end, three main approaches are necessary.

First, far more evidence is needed, both to document the number of people living in slums and to understand their specific policy needs. At present, slums are severely undercounted and poorly understood.

Misconceptions abound that slum residents, rather than being persistently stuck on the urban margins, are largely transient, either circular migrants planning to return to their rural roots or poor migrants who quickly benefit from the urban economy and eventually upgrade to formal housing. Undercounting and misperceptions contribute to the severe lack of political will to invest in this vulnerable population.

Second, interventions must focus on creating opportunities for urban residents. This requires investments in education and vocational training, as well as job creation and accessibility.

The spread of global technology has expanded the range of tasks that can be automated, resulting in a rising educational premium; but the average slum resident today has not completed secondary school. Governments and businesses should also be more innovative about creating new jobs that can take advantage of mid-level skills, which are currently underused.

Beyond focusing on skill development and job creation, planners and policy-makers should consider how local contextual factors create barriers to job access. Evidence from Medellin, Colombia, shows how investing in affordable transport that connects slums on the urban periphery to parts of the city that are economically vibrant can have important consequences for labor market access.

Recognizing the need for greater formalization of work, housing, and public services

Third, any policy solution that recognizes the dignity of slum-dwellers needs to include efforts to formalize their right to housing, access to social services, and employment contracts. Without a secure home or an adequate safety net, slum residents remain extremely vulnerable to downward shocks that threaten to erase any potential gains. Many remain dependent on the discretion of politicians to access crucial government supports.

Progressive formalization of various dimensions of informality – in terms of work contracts, tenancy agreements, identity papers, labor and health insurance, and so on – is required in today’s slums, just as these protections were required in the past.

To promote inclusive urban development, policy-makers and practitioners must recognize the vast number living in slums, support prospects for upward mobility, and mitigate risks of downward descents. Without these efforts, many of the most vulnerable poor will remain stuck on the margins of the cities they help build.


Emily Rains is an assistant professor of Comparative Politics at Louisiana State University. Her research focuses on how urban poverty and informality shape both policy needs and political behavior in the Global South, primarily India.

Anirudh Krishna is the Edgar T. Thompson Professor of Public Policy and Political Science at Duke University. His research investigates how poor communities and individuals cope with the structural and personal constraints that result in poverty and powerlessness.

This article was first published on GlobalDev.org. It is available in English, French, and Spanish 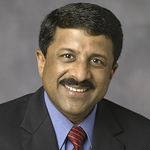 This article was first published on GlobalDev.org.

It is available in English, French, and Spanish

Emily Rains is an assistant professor of Comparative Politics at Louisiana State University. Her research focuses on how urban poverty and informality shape both policy needs and political behavior in the Global South, primarily India.

Anirudh Krishna is the Edgar T. Thompson Professor of Public Policy and Political Science at Duke University. His research investigates how poor communities and individuals cope with the structural and personal constraints that result in poverty and powerlessness.

What would be the economic consequences of a military stalemate in Ukraine?
Next