From an international perspective, growth in average wages has been very impressive in urban China during recent decades. Average wages were about ten times as high in 2013 as in 1988. But how has wage inequality evolved during this period?

During the centralized economic planning period, an incidence of older age often predicted a higher wage as wage scales favoured seniority and mobility was very low. Now the pattern has changed and older workers tend to earn less than middle-aged workers

While gender gaps in wages and employment are narrowing in many rich countries, the situation in urban China is the direct opposite — both the gender wage gap and the gender employment gap have widened since 1988

At the start of the period studied, 1988–2013, workers in urban China were administratively allocated their positions and they typically had life-long relationships with their state-owned work units — which also provided social insurance benefits, low-cost housing and social services. Meanwhile, employment rates were very high. By 2013, a labour market had emerged and more and more people had become employed in private enterprises or moved into self-employment. In addition, a larger proportion of the population were not employed. To a large extent, work units had moved out from their role of providing social insurance, housing and social services.

Wage inequality increased rapidly during 1988–2007. The Gini coefficient for workers’ wages went up from 0.23 to 0.38. The incidence of low wages (defined as those earning less than two-thirds of contemporary median earnings) increased from 17% in 1988 to 27% in 2002. 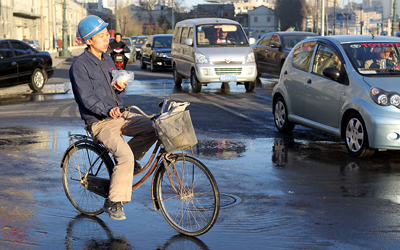 However, wage inequality has not changed much since 2007. The Gini coefficient of wages was 0.379 in 2007 and 0.384 in 2013. A possible reason why income inequality has plateaued is that the highly-paid workers’ wage growth has been limited in state-owned enterprises according to rules introduced by central government in 2009.

During the centralized economic planning period, an incidence of older age often predicted a higher wage as wage scales favoured seniority and mobility was very low. This continued through the entire working life. However, the pattern has changed and now older workers tend to earn less than middle-aged workers.

During the centralized economic planning period, the relationship between the length of education and wages was weak in urban China, much weaker than in high-income countries. However, since China abandoned the administrative allocation of labour the relationship has become much stronger. Changes in the wage setting mechanism, the rapid increase in demand for qualified labour and large inflows of relatively unqualified rural migrants to urban areas have all contributed to this. In 2013, education level was the largest single factor affecting (the much larger) wage inequality. 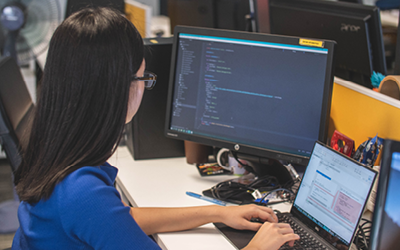 Gender, ownership type of the company and region have an impact on wages

In 1988, the gender wage gap in urban China was narrow, compared internationally. However, the gap has since widened. In addition, the employment gap between males and females increased from 8% in 1988 to 17% in 2013. Taken together, these developments most probably mean that power relations in Chinese households have changed so that, on average, the bargaining position of males has increased and that of females has weakened.

Workers in foreign-owned enterprises, as well as those in the state sector, have received a wage premium compared to workers in companies of other ownership types during the period studied. In urban China there are also other differences in wages. For example, on average, wages are higher in the eastern region of China than in other regions.

The fact that the link between the length of education and wages has increased is regarded by many observers as a positive trend. It means that incentives to invest in human capital in China have become much larger than previously. Such investments can also spur economic growth. However, opportunities to attain higher education vary greatly between various segments of China’s population. For example, persons who now are growing up in urban China are at an advantage to those who grow up in rural China. Increased measures to provide equal opportunities for education are therefore well motivated.

Increased measures to provide equal opportunities for education are much needed.

While gender gaps in employment and wages are narrowing in many rich countries, the situation in urban China is the direct opposite. Thus, one can argue that policy makers in China should pay more attention to the increased gender wage and employment gap in urban China. It is an index that measures the extent of inequality and is often used for analysis of income inequality prevailing in a country. It takes the value of 0 in the case of perfect equality (everybody has the same income), and 1 in the case of perfect inequality (all national income accrues to a single person). Estimates of the Gini coefficient for income nationwide range between around 0.25 (such as in some of the Nordic countries) to around 0.60 (for example, in some countries in sub-Saharan Africa).