Blog
What can we Learn from Popular Representations of Development?

When asked why she wrote novels about poverty rather than gather what we would now call ‘hard’ data, the Victorian novelist George Eliot famously responded that ‘a picture of human life such as a great artist can give, surprises even the trivial and the selfish into that attention to what is apart from themselves…’ In other words, novels change people's attitudes by changing their perspective, their visceral experience of how others live. Relatedly, in a recent TED talk that has been downloaded over 4.5 million times, Nigerian novelist Chimamanda Ngozi Adichie reminds us of the dangers of the ‘single story’, of narrowly limiting our understanding of inherently complex phenomena to a single account. Precisely because development cuts across all dimensions of human experience, and speaks to the diversity of humanity's encounters with social change, formal social science is a necessary but insufficient basis for understanding it.

This is not a relativist claim, in which poetry and statistics are regarded as equally valid bases for determining policy, but rather a recognition that our collective grasp of complex issues is enhanced when we integrate multiple perspectives. Mainstream social science surely has only a minor role in shaping public perceptions of, support for, or resistance to migration and foreign aid. Relatively few citizens of rich countries have first-hand experience of poverty and exclusion on the scale experienced by those living in marginalized communities—whether in the global North or South—and even fewer read the findings reported in academic journals. Their views are most likely to have been acquired through popular culture—through reading novels (such as Chinua Achebe’s Things Fall Apart, or Helen Fielding’s Cause Celeb), watching television shows (such as The Wire,or The World’s Strictest Parents), films (such as Blood Diamond, or Slumdog Millionaire)—or via the internet.

How do such popular renderings of development issues compare with those encountered in detailed academic books or aid agency reports? This is a question that we and our collaborators explore in a new book entitled Popular Representations of Development: Insights from Novels, Films, Television and Social Media (Routledge 2013). Drawing on a wide variety of examples—ranging from the analysis of specific initiatives such as the World Bank’s 1 World Manga project, or a comprehensive examination of the blogs and tweets relating to the 2010 Millennium Development Goals Summit, for instance—this volume offers a number of insights into the critical importance of taking popular representations of development seriously.

First and foremost, we find that development knowledge—or more specifically, what counts as serious or legitimate knowledge about development—is too often narrowly represented within academic and policy discussions. Development is one of the key ideas of our time, and should not be the exclusive purview of technocrats and academics. Esha Shah’s contribution, for example, shows how changing representations of poverty in Indian popular films since the 1950s reflect the ‘devaluation of the rural, agrarian and poor in the public morality’. Seen from this perspective, it would be fascinating to explore how poverty is addressed cross-culturally in, say, Nigerian, Korean, or Middle Eastern films, but also the North American ‘Western’ genre.

Second, popular forms of representation can take us beyond the narrow—largely Western and Northern—development professionalism and expertise that predominate in the so-called ‘development business’, by actively allowing for the incorporation of other voices and other forms of knowledge into discussions about ideas, evidence, policy, and practice. Popular representations of development are also often more inclusive because they are less imbued with jargon and elite theoretical posturing. Rohinton Mistry’s novel A Fine Balance (1995), for example, takes us right to the heart of human struggles for political and economic survival in India against terrible odds in ways that the formal language of livelihoods, empowerment and entitlements found in development agency reports often fails to convey.

Thirdly, popular representations can have important implications for how we teach people about development, and remind us of the wider options that are available to illustrate and to inspire. For example, in a contribution reflecting on his experiences teaching development with novels, John Harriss found that his students responded positively to development insights that might be harder to identify from the academic literature, such as Adichie's portrayal of the role of the Nigerian intelligentsia in a post-colonial society in her novel Half of a Yellow Sun (2006), or the terrible consequences of Western interventionism in Graham Greene’s The Quiet American (1955).

Finally, the rapid evolution of new information technology means that development debates are increasingly taking place in new and diverse areas of public (and private) space—from blogs and social networking, to reality television and interactive films. This may have implications both for the ways that development ideas are understood more widely in both Western and non-Western societies, as well as for the ways people participate in, and try to influence or critique, mainstream development processes and their understandings in the public sphere. Relationships between ‘developers’ and ‘developed’ for example have always been problematic and regularly contested, but new technologies may offer new spaces for representing and perhaps challenging these, as Ryan Manning explores  in her contribution to the book.

Taking in a wider range of sources and voices can only enrich our understanding of what development means for people in different times, places, and circumstances. All representations of knowledge carry strengths and weaknesses, along with truths and biases. Ultimately, constructive open debate and progress in development will depend on fostering open exchange between as wide and as disparate a group of individuals as possible. 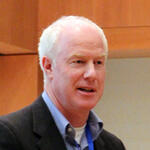