The last decade has witnessed a blossoming of research on poverty-related topics as well as a surge in attention towards the issue of poverty reduction by governments, the IFIs, the UN, and social scientists. The persistence of mass poverty is rightly seen not only as a major ethical and political problem but also as a serious threat to macroeconomic stability and a brake on long-term growth. This new awareness has triggered some potentially important changes, including the UN General Assembly’s adoption of Millennium Development Goals and the creation of new World Bank and IMF facilities for poverty alleviation.

While this is highly encouraging, a shift in focus and policy stance has yet to take place towards income inequality. Despite the huge strides made by research in this field over the last decade, the policy reforms inspired by domestic liberalization and external globalization – generally referred to as the Washington Consensus – have largely ignored the issues of high and rising inequality, of its impact on poverty and growth, and of the measures required to contain it.

This neglect is all the more surprising because – as the new WIDER studies show – income inequality has risen over the last twenty years in two thirds of the countries that have adequate data. While growth is essential for sustainable poverty reduction, the degree to which poor people share in growth differs widely between countries, and also amongst the poor in a given country. As inequality certainly affects poverty and may also affect growth, the income distribution effects of alternative growth paths need No. 1/20042 to be considered explicitly when designing policy packages to stimulate the economy and reduce poverty. Thus, ‘inequality matters’ is one of the key messages of three new studies on growth, inequality and poverty just released by the World Institute for Development Economics Research (WIDER) of the United Nations University (UNU) and presented at the World Bank in Washington DC on 14 April 2004, at the UN Headquarters in New York on 16 April and at SOAS, University of London on 25 June 2004, by their editors Giovanni Andrea Cornia, Anthony Shorrocks and Rolph van der Hoeven. The studies include contributions of leading thinkers writing from different perspectives in this area, including Anthony Atkinson, David Dollar, Ravi Kanbur, Michael Lipton, Martin Ravallion, Lance Taylor and John Weeks.

The WIDER studies provide a systematic analysis of the changes in income inequality over the last two decades against the background of the changes that took place during 1950-1980. In contrast to most recent literature, the three volumes pay particular attention to the relationship between inequality and public policy changes in the field of domestic and external liberalization, taxation and income transfers, labour market institutions, and safety nets. It is argued that the recent rise in within-country inequality coincided with the emergence of a new policy paradigm that advocates the removal of barriers to international trade, the liberalization of capital flows, and the creation of a strong patent regime regulating technology transfers and intellectual property. While ‘structural inequality’ depends on well-known phenomena such as high land concentration, the ‘urban bias’, and unequal access to education and credit, there is growing evidence that the recent rises in inequality was related to the adoption of policies towards liberalization and globalization. Washington Consensus policies may have favorable effects under adequate market conditions, but they can generate adverse distributive outcomes in the presence of weak institutions or when applied prematurely under asymmetric, poorly sequenced and incomplete market conditions. Thus, that ‘policy reform matters for inequality’ is a second key point of the WIDER studies.

The WIDER books also advocate the development of a new strategy for growth and equity aimed at removing the ‘structural causes’ of inequality and poverty and at the same time avoiding the adverse distributive effects of liberalization and globalization. While there remains considerable disagreement on how to achieve the latter objectives, the WIDER studies suggest that the disagreements may often be traced to different perspectives regarding the heterogeneity in experiences, the time horizon being considered, and the extent to which the market structure is competitive. ‘A reduction of inequality – as well as an acceleration of growth – would do much to reduce poverty’ is a third key message of the studies presented.

The aim of containing inequality within acceptable levels is based on a growing body of evidence that countries with a relatively egalitarian distribution of assets and incomes tend to grow faster both in the short and long run. Policies directed towards asset redistribution, equitable taxation and transfer programs, public employment schemes, education and health, good governance, and the development of financial markets can help achieve such objectives.

The range of views covered in the studies makes a consensus of opinion unlikely. However, some general inferences can be drawn, the first being the difficulty of drawing general conclusions. Sweeping statements such as ‘growth is good for the poor’, ‘education is good for the poor’ or ‘redistribution reduces poverty more than growth’ tend to blur the debate on growth and poverty rather than illuminate it. Indeed, a key finding is that ‘initial structural and institutional conditions, as well as the time horizon, matter’.

Thus, policy reform packages need to be recast so as to consider their speed, sequencing, and the level and distribution of benefits in the light of the specific conditions of each country. These affect the speed with which growth can reduce poverty. They will also determine whether policies have a pro-poor or an anti-poor outcome – trade liberalization is a case in point. Improved education often contributes to reducing poverty, but its effect on inequality depends on supply and demand factors, which differ significantly across countries. Likewise, in many countries a redistribution of one per cent of income from the rich to the poor would reduce poverty more than a one per cent increase in total national income; but in some countries this is not the case. Thus microeconomic analysis of inequality needs to go hand-in-hand with macroeconomic analysis of inequality.

Giovanni Andrea Cornia is Professor of Economics at the University of Florence and has published widely on poverty, inequality and development issues. He was the Director of WIDER, 1995-2000.

Anthony Shorrocks is the Director of WIDER and has previously held positions at the LSE and University of Essex. He has published widely on income and wealth distribution, inequality and poverty.

Rolph van der Hoeven is Manager of the Technical Secretariat of the World Commission on Globalization, established by the International Labour Organization in Geneva, and has published widely on employment, poverty and inequality. 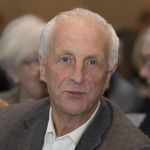 Reflections on Launching Three Books about Poverty, Inequality, and Economic Growth
Next