How to get inclusive growth started in fragile contexts
9 June 2021
Online, Helsinki, Finland
Past event

The economic gains of reducing the employment gender gap in Morocco

The corruption–growth relationship: Does the political regime matter?

Corruption is widely believed to have an adverse effect on the economic performance of a country...

One of the most pressing challenges in development policy is to bring about rapid, sustained, and inclusive growth in developing countries...

From the book: Inequality in the Developing World

Inequality in the Developing World

Inequality has emerged as a key development challenge... 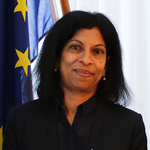 Sri Lanka, like the Nordic countries, is a social democratic nation with a strong welfare state...

The domestic savings shortfall in developing countries – what can be done about it?

Analysis of World Bank data ranging from 1990–2017 indicates that increases in global oil prices would have negative effects on the economic growth of SADC, especially Mozambique, Tanzania, Zambia, and Mauritius...

Estimates from the World Bank suggest that two-thirds of all jobs in developing countries are at risk of automation; meanwhile the ILO has calculated that 344 million jobs need to be created by 2030 to address unemployment. At the same time, around...

Learning from a half-century of economic development in Asia

When Gunnar Myrdal published his magnum opus, Asian Drama: An Inquiry into the Poverty of Nations , in 1968, he was deeply pessimistic about the development prospects in Asia...

Reporting on UNU-WIDER research published in the working paper ‘ Women legislators and economic performance ’, news outlets The Times of India , The Quint , The Diplomat , and more, have published articles discussing the impact of women...

When Narendra Modi became India’s prime minister in spring 2014 the Indian economy was in the doldrums...