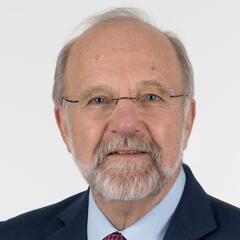 Professor Tarp has four decades of experience in academic and applied development economics research and teaching. His field experience covers more than two decades of in-country work in 35 countries across Africa and the developing world more generally, including longer-term assignments in Swaziland, Mozambique, Zimbabwe and Vietnam. He is the former Director of UNU-WIDER from 2009 to 2018 and is also Professor of Development Economics at the University of Copenhagen.

Professor Tarp is a leading international expert on issues of development strategy and foreign aid, with an interest in poverty, income distribution and growth, micro- and macroeconomic policy and modeling, agricultural sector policy and planning, household and enterprise development, and economic adjustment and reform as well as climate change, sustainability and natural resources.

In addition to his university positions, Finn Tarp has held senior posts and advisory positions within government and with donor organizations, and he is member of a large number of international committees and advisory bodies. They include the European Union Development Network (EUDN) and the African Economic Research Consortium (AERC). From 2013 - 2016 he also served as a member of the World Bank Chief Economist’s 15 member ‘Council of Eminent Persons’ advising the Chief Economist and he has been awarded the Vietnamese Government Medals of Honour for ‘Support to the Planning and Investment System’ and the ‘Cause of Science and Technology’.

On 20 November 2015 Her Majesty the Queen of Denmark awarded Finn Tarp with the Order of the Dannebrog.

This project workshop brings together authors that were selected to produce research papers for the Detecting and countering illicit financial flows project, to discuss their papers. The workshop takes place online. Following the second call for...

Reducing poverty and inequality and promoting inclusive growth are fundamental to achieving the United Nations Sustainable Development Goals. Much has changed in the global economy in recent decades and perspectives on progress made vary widely...

The impact of COVID-19 on consumption poverty in Mozambique

THIS ARTICLE IS ON EARLY VIEW | This study assesses the impact of COVID-19 on household consumption poverty. To predict changes in income and the associated effects on poverty, we rely on existing estimated macroeconomic impacts...

On the impact of inequality on growth, human development, and governance

Inequality is a major international development challenge. This is so from an ethical perspective and because greater inequality is perceived to be detrimental to key socioeconomic and political outcomes...

The macroeconomic impact of COVID-19 in Mozambique: A social accounting matrix approach

THIS ARTICLE IS ON EARLY VIEW | This study assesses the economic costs of COVID-19 and the state of emergency implemented by the Government of Mozambique...

Informality and firm performance in Myanmar

Using a survey of enterprises in Myanmar, we examine demand for formal credit and the extent to which firms are self-constrained by not applying for credit or if they apply and are constrained by bank’s rejections...

Myanmar is facing climate change (CC) induced changes to the productivity of their critically important rice sector over the coming century...

Myanmar has, in recent years, strengthened its focus on human capital as a development pillar, and introduced legislation and adopted conventions on child labour...

This project workshop brings together authors that were selected to produce research papers for the Detecting and countering illicit financial flows project, to discuss the first drafts of the papers. The workshop takes place online. Following the...

Global inequality may be falling, but the gap between haves and have-nots is growing
by Carlos Gradín, Finn Tarp, Murray Leibbrandt
September 2021

The saga and limits of public financial management: The Mozambican case

At independence in 1975, the Frelimo government took over public administration from the colonial system and started to transform it...

The relative neglect of agriculture in Mozambique

This paper explores agricultural performance of Mozambique, its institutional weaknesses, and the underlying factors that underpin an unsatisfactory performance during many decades...

At the start of the last decade, Mozambique’s prospects looked stellar...