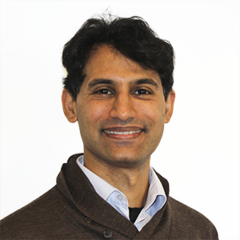 Omar Shahabudin McDoom is a comparative political scientist and Associate Professor in the Department of Government at the London School of Economics and Political Science. His research interests lie in peace and security. He specializes in the study of conflicts and violence framed along ethnic and religious boundaries, and in strategies that promote co-existence and cooperation between social groups in plural societies. He has field expertise in sub-Saharan Africa — primarily Rwanda, Burundi, the Democratic Republic of the Congo, and Uganda — and in South-East Asia, notably the Philippines.

Dr McDoom’s work has been published in International Security, the Journal of Peace Research, and the Journal of Conflict Resolution. He has held research fellowships at Harvard and Oxford universities. His professional experience includes work as a Policy Officer for the World Bank, as a Legal Officer for the Government of Guyana, and on electoral missions for the OSCE and UN. 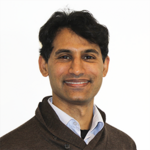 Inequality Between Whom?: Patterns, Trends, and Implications of Horizontal Inequality in the Philippines

Ethnic inequality, cultural distance, and social integration: evidence from a native-settler conflict in the Philippines

A key debate in studies of native-migrant relations relates to the barriers to integration created by ethno-cultural differences and socio-economic disadvantage...

How do changes in socio-economic inequality between ethnic groups affect interethnic ties in a divided society?...

Although several theories of interethnic conflict emphasize ties across group boundaries as conducive to ethnic coexistence, little is known about how such ties are formed...

The Measurement of Ethnic and Religious Divisions: Spatial, Temporal, and Categorical Dimensions with Evidence from Mindanao, the Philippines

An ever-expanding body of empirical research suggests that ethno-religious divisions adversely impact a host of normatively desirable objectives linked to the quality of life in society, implicitly representing a strong challenge to multiculturalist ...

The Conceptualization and Measurement of Ethnic and Religious Divisions: Categorical, Temporal, and Spatial Dimensions with Evidence from Mindanao, the Philippines

A large body of recent quantitative work on the ‘diversity detriment’ hypothesis finds that ethno-religious diversity is linked with a host of societal ills, implying in turn a strong challenge to multiculturalist theory and policies...

Can we predict when and where violence will break out within cases of genocide?...