UNU-WIDER has released a policy guidebook Deals and development in fragile and conflict-affected states. The guidebook is designed to help advisers working with development agencies to analyse country context and design interventions with the goal of enabling positive growth that reduces fragility.

‘We wanted to do something that is policy-relevant and operational, that is not to be prescriptive but provides useful tools for policy analysis’, says Kunal Sen, Director of UNU-WIDER and co-author of the guidebook. 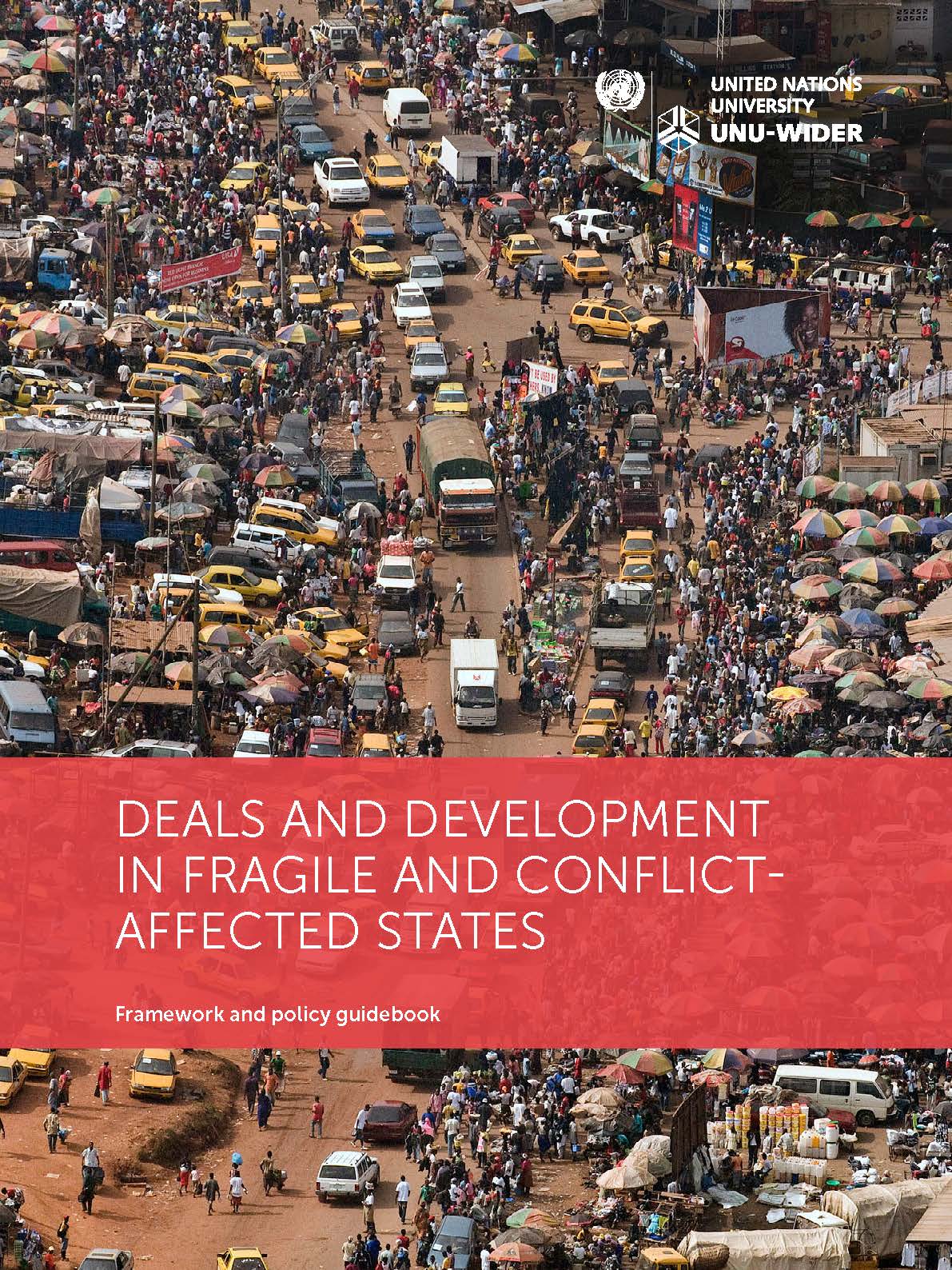 The 32-page policy guidebook is the first of its kind published by UNU-WIDER. The authors, Eric Werker and Kunal Sen, got the idea for the new publication type after sharing some of their earlier work involving the deals and development framework with staff from the UK’s Foreign, Commonwealth and Development Office (FCDO) back in 2019. Some of the FCDO country teams recognised the potential of the framework to be used as a new, interesting way to approach growth in fragile country contexts. This was further explored in a two-day online workshop, where FCDO country teams from Somalia, South Sudan and the Democratic Republic of the Congo (DRC) analysed their own country situations and considered how the framework could be applied in their particular contexts. The discussions fed into the development of the guidebook.

‘It was co-creation. The book provides some actionable levers of intervention, but at the same time it provides space for the user to think. It’s not a plug-and-play framework’, Sen says.

The final guidebook was launched in an online event involving a panel discussion on 9 June 2021.

Watch the recording of the launch event ‘How to get inclusive growth started in fragile contexts?’ here.

This event is part of the project How do effective states emerge?

Deals and development in fragile and conflict-affected states

How do effective states emerge?

How to get inclusive growth started in fragile contexts