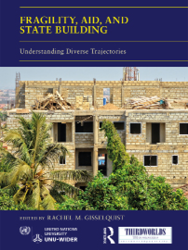 Although considerable international resources have been devoted to state-building and institutional strengthening in fragile and conflict-affected states, results have been generally mixed.

Why and how have some states transitioned successfully from fragile to more robust states – and why have some not managed this transition? What are the prospects for aid in supporting the SDGs in contexts where political will or capacity is weak? What has worked and what could work?

This panel brings together contributors to three UNU-WIDER collections published on these topics (Aid and institutions-building in fragile states; Development Assistance for Peacebuilding and Aid to support fragile states) in to revisit their studies, present new related work, and reflect on implications of their findings for future research and policy. 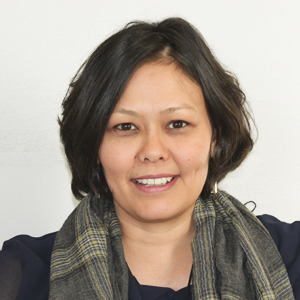 Rachel M. Gisselquist, a political scientist, is a Research Fellow with UNU-WIDER. She works on the comparative politics of the developing world, and has published in particular on ethnic politics and group-based inequality, state fragility, governance, and democratization in sub-Saharan Africa. Before moving to Helsinki, she spent three years at Harvard University as Research Director, Index of African Governance, followed by stints at the London School of Economics and with the World Bank.

Helena Pérez Niño is a Lecturer in Political Economy in the Department of Development Studies at the School of Oriental and African Studies (SOAS), University of London. Her research focuses on the political economy of development in Southern Africa, and on the articulation of agricultural producers and workers with global production networks. She has published on migrant labour, natural resources and foreign aid in Southern Africa.

Jussi Ojala is Executive Representative at Finn Church Aid, Finland’s largest development cooperation NGO. He has lived in fragile and conflict affected states in Africa, worked extensively on peace mediation and fragility for the UN and EU and consulted the International Dialogue for Peacebuilding and Statebuilding during the Ebola response in West-Africa. His current task relates to private sector development and investments in states of fragility.