The pandemic has exerted a heavy toll on Latin America and the Caribbean. Although the region houses 9% of the world's population, it accounts for 20.1% of COVID cases and 32.2%. The causes for this disproportionate impact of the pandemic are yet to be determined. Nonetheless, the high informality of labor markets, deficient health systems, erratic policies, and weak institutions may have played a role. The purpose of this section is to discuss the consequences of the pandemic in LAC, and delve into some of the causes for its high impact in the region.

Ana María Ibáñez is Professor at the School of Economics in Universidad de los Andes and currently on leave working as Economics Principal Advisor at the Inter-American Development Bank. Her research focuses on the microeconomic analysis of internal armed conflict, the economic costs of crime and conflict, as well as the causes and consequences of forced displacement. Ibáñez has been awarded with the Japanese Award for Outstanding Research on Development of Global Development Network (2005), and the Juan Luis Londoño award in 2010.

Bridget Hoffmann is an economist in the Research Department of the Inter-American Development Bank. Her research interests are applied microeconomics, development economics and environmental economics. She received her PhD in Economics from Northwestern University in 2015. She holds a bachelor’s degree in Financial Economics and Mathematics from the University of Rochester. 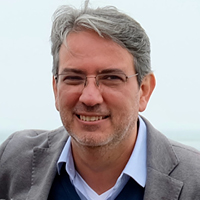 Carlos Urrutia is a Professor of Economics at ITAM, in Mexico City. He obtained his PhD form the University of Minnesota (1998). His areas of interest are within the fields of Macroeconomics and International Economics. He has worked on the topics of income differences across countries, intergenerational mobility, social security, business cycles in emerging economies and financial and labor market frictions, with special attention to informality. 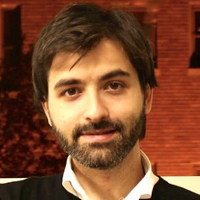 Nicolás Ajzenman is Assistant Professor at the São Paulo School of Economics in Brazil. Ajzenman is an applied microeconomist, working in the intersection of behavioral economics, development economics, and political economy, with applications in migration and education. His research has appeared or is forthcoming in top scientific journals such as the American Economic Journal: Applied Economics, The Journal of Law and Economics, and Health Economics.