Migration decisions affect those left behind in ways that are partly taken into account by market forces (e.g., wage effects on labour markets), and in other ways that for the most part that can be seen as ‘pure externalities’. Diasporas are an example of such externality. In his keynote address, Hillel Rapoport reviews the recent economic literature on diaspora networks and development. The presentation is split into two parts: the effect of diaspora networks on trade, foreign investments; and the diffusion of knowledge across borders, and the cultural sway of the diaspora, including the role of emigrants in the formation of political attitudes, fertility behaviour, and other aspects of culture. While most of the literature, due to data availability, emphasizes South-North migration, Rapoport will discuss the case of South-South migration where data constraints allow for such analysis. 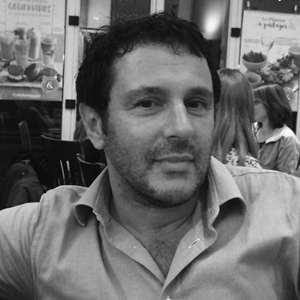 Hillel Rapoport is Professor of Economics at the Paris School of Economics, University Paris 1 Panthéon-Sorbonne, since September 2013, and a scientific advisor at CEPII, a French public research centre specialized in international economics, since February 2016. He is also a research fellow at the Kiel Institute for the World Economy, the Institute of Labor Economics (IZA), ifo Institute Center for Economic Studies (CESifo), and the Centre for Research and Analysis of Migration (CREaM), and a member of the Human Capital and Economic Opportunity Global Working Group (HCEO) and the European Development Research Network (EUDN). He held positions at Bar-Ilan University and at the University of Lille, and visiting positions at Stanford University (2001-03) and Harvard University (2009-11). Since 2008, he is the scientific coordinator of the ‘migration and development’ conferences jointly organized by the French Development Agency and the World Bank.

Hillel Rapoport has published extensively on brain drain, remittances, diaspora networks, and on the political economy and economic history of migration. His research focuses on the growth and developmental impact of migration, on the links between migration and other dimensions of globalization, and on the economics of immigration, diversity, and refugee allocation and resettlement