The latest evidence on the effectiveness of ODA

The death of aid has often been declared, and private capital flows as well as earnings from natural resources now far exceed official development assistance (ODA) in aggregate. However, the recent and sharp downturn in resource earnings, the ability of ODA to fund public goods that private capital cannot, and the difficulty of small and fragile economies in attracting private capital, all imply that the need for aid might not be as dead as its critics believe.

When the aggregate effect of aid is estimated using a marginal productivity approach, a return on aid investment of around 20 per cent is found

While aid may have the potential to cause Dutch Disease, this is not automatic in the way suggested by the critics of aid

However, despite this continued need for aid, its supply may well stagnate or fall. With donor budgets under pressure, criticism of aid reinforces those calling for aid to be scaled back (or ended). Some criticism of aid is based on robust evidence, and aid has had its shortcomings. But much popular criticism of aid rests on no evidence at all, on out-of-date studies, or on a misunderstanding of causation and country context.

The aggregate return on aid

In 1986, Paul Mosley noted a micro-macro paradox in aid effectiveness; while evaluations of aid projects found significant success, these successes did not appear to aggregate up to the macro level due to the seeming lack of a significant effect of aid on economic growth in his analyses. 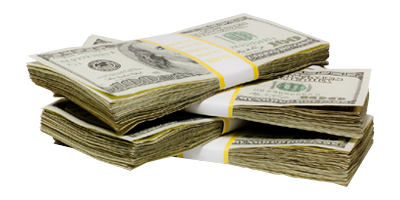 However, new research shows that when the aggregate effect of aid is estimated using a marginal productivity approach, a return on aid investment of around 20% is found. This is similar to the rate of return on projects (so no micro-macro paradox exists) and to macro estimates of the return on public capital, and higher than the return on domestic private capital.

Evidence that aid investments are productive is encouraging given the allocation of aid resources for infrastructure projects and it demonstrates the beneficial effects of aid. However, not all aid finances physical capital investment — indeed probably less than half does. A significant share of the aid delivered through government finances social sector or human capital investment, for which, even if the returns are similarly positive, it would take many years to have a discernible impact on growth.

The relationship between aid and tax revenue

Case studies on Uganda and Ethiopia show that aid can, if delivered correctly, have a positive rather than negative effect on tax revenue. In Uganda, aid has supported improvements in budgeting and fiscal management and has been associated with increased tax revenue, to some extent reflecting donor support for fiscal reforms. In Ethiopia it appears to be more of an incentive effect — the government knows that if tax revenues are increased then donors will reward the effort with additional aid that can be used to finance increased investment spending. 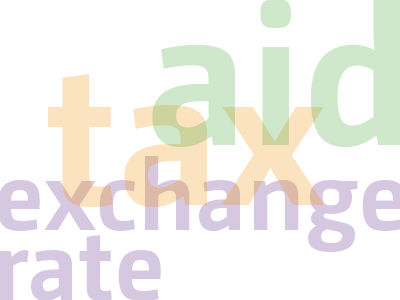 Further, an analysis carried out on panel data covering 1993–2012 for up to 119 low- and middle-income countries shows that revenue conditionality does mitigate any negative effects of aid on tax revenue, especially in low-income countries.

The relationship between aid and the exchange rate

While research does suggest that aid and other types of foreign exchange inflow have the potential to cause ‘Dutch Disease’, this is not automatic in the way suggested by the critics of aid. Two case studies found that while aid did cause real exchange rate appreciation in the case of Morocco, especially in the long-run, it had no effect on the real exchange rate in the case of Tunisia.

Morocco and Tunisia provide contrasting examples and confirm the importance of the macroeconomic framework in which aid is provided, and the key role for infrastructure and other supply-side improvements to the final real-economy impact of aid and other inflows.

Donors should be sceptical of calls to scale back aid. Aid is effective and needed

Given that the tasks are many, and development finance is limited, there is a clear role for research to inform policy as to the best uses of aid relative to other sources of development funding, both domestic and foreign. This includes the creation of macroeconomic frameworks that are supportive of not just economic stability, but also growth and job creation. Aid has the potential to contribute more to technical assistance in the macroeconomic area, and this is another issue on which future research should engage. 50 years of research: What do we know about the impact of aid?