‘Legal empowerment’ is defined as a process of systemic change through which the poor and excluded become able to use the law to protect and advance their rights and interests as citizens and economic actors. Since the 2000s, legal empowerment initiatives have established a widely recognized record of success in development policy circles. This brief, based on a recent journal special issue, considers the potential and limitations of legal empowerment efforts as part of a strategy to address the exclusion of groups defined in ethnic terms. Ethnic exclusion — and the related challenge of horizontal inequality — is a major concern in many countries, with important implications for peace and prosperity.​

In some situations, ethnic exclusion can be traced directly to exclusion or oppression via written laws, elsewhere more through the implementation of law and actual practice, historical legacies of past law and practice, or the ethnic hegemony embedded in the legal system

Legal empowerment of the poor and excluded

Legal empowerment has been embraced by world governments and in development policy circles. It has received significant attention in particular in work on inclusive development and the prevention of conflict, including via the Commission on Legal Empowerment of the Poor (CLEP), the UN Secretary General’s 2009 report on legal empowerment of the poor and eradication of poverty, the World Bank’s Justice for the Poor Programme, and activities of non-governmental organizations such as Namati. 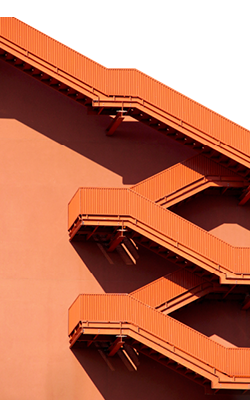 In practice, ‘legal empowerment’ is used to refer to a wide-range of activities, from community-based paralegals programmes to revisions of written law. It includes what have been labelled ‘narrow’ and ‘broad’ approaches (although the distinction is not always sharp). Narrow approaches are exemplified by the CLEP, co-chaired by Madeleine Albright and Hernando de Soto. CLEP’s intellectual roots can be traced to de Soto’s work on the informal economy and the importance of property rights and legal structures for a strong market economy. Broad approaches are more associated with ‘justice for the poor’, social accountability, community-based programmes, and attention to customary law. They go beyond the CLEP’s focus on property, labour, and business rights to emphasize also education, health, and housing rights. With respect to disadvantaged groups in particular, they are more associated with targeted and ‘activist’ efforts, which may include affirmative action.

As legal empowerment has evolved over the past decade, clear recognition has emerged within the field of the need for better understanding and demonstration of impact and for building of the evidence base.

Ethnic exclusion and oppression via the law

An approach focused on groups is particularly relevant for exploring the impact of legal empowerment, as well as other policy interventions, on the poor and excluded. In many contexts, knowing the group(s) to which an individual belongs provides information about their economic, social, and political status. Moreover, individuals, institutions, and governments regularly discriminate against individuals on a collective basis.

There are four distinct channels through which the law can exclude and oppress ethnic groups. The first is via explicit exclusion or oppression in current written laws. The second is via current practice or implementation of such laws. The third is through the contemporary legacies of historical laws and/or practice. And the fourth is traceable in a more generalised way to the hegemony or dominance of one ethnic group within state institutions. 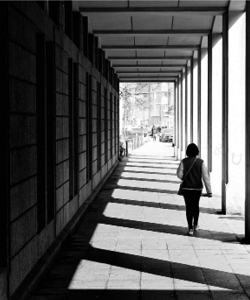 Consideration of these four broad channels can inform by extension our expectations about the sorts of legal empowerment reforms and initiatives that are most likely to have the greatest positive ‘impact’ on ethnic exclusion in different contexts. For instance, if exclusion is rooted in current written laws, we should expect some result via reform of written laws. In some cases, pointing out the exclusionary impact of a particular law could prompt straightforward correction. But in many other cases, such impact may be clear to lawmakers — who have no interest in reform. Reform would require building the political will for change. For instance, in Myanmar, under the 2008 Constitution and 1982 Citizenship Law, citizenship is linked to membership in one of the country’s officially recognised ‘national races’. Although concerns have been raised that this implies that those identified or identifying as Rohingya (and other groups not on this list) are restricted from citizenship, there has not been clear movement to reform such law.

To the extent that exclusion is rooted in gaps between current law and practice linked to poor state capacity, we should expect positive results from efforts such as community paralegal programmes, which can serve as extensions of the state, intermediating between individuals and public authorities to improve access to justice. The reach of the formal state may be especially weak in conflict and post-conflict situations, which could suggest that such initiatives may hold particular promise in such situations — although the existing evidence base suggests caution.

One of the most challenging contexts for legal empowerment is when gaps between law and practice stem from group-based discrimination and favouritism in public institutions, by public servants. Often such discrimination is linked to historical legacies. Consider, for instance, the racially-divisive legacies of apartheid for policing and law enforcement in South Africa and challenges in building the new national South African Police Service after 1994. Legal empowerment practitioners alone are not especially well equipped to directly address such historical legacies.

When ethnic exclusion is traced to ethnic hegemony embedded in state institutions, the expansion and strengthening of alternative, community-based justice systems may provide a way to secure legal agency for culturally distinct groups.

To the extent that ethnic exclusion is rooted in gaps between current law and practice, we should expect positive results from efforts like community paralegal programmes

When ethnic exclusion is traced to ethnic hegemony embedded in state institutions, the expansion and strengthening of community-based justice systems may provide a way to secure legal agency for culturally distinct groups The politics of group-based inequalities - measurement, implications, and possibilities for change is part of Disadvantaged groups and social mobility