Blog
The case for universal social insurance in Latin America

Access to effective social insurance in Latin America is typically determined by workers’ status in the labor market – whether they have formal or informal jobs. This column explains why the separate systems constitute a bad economic and social policy. The author calls for a shift towards universal social insurance: not only is such a move essential for social inclusion, but it would also facilitate business growth, increase investment in training, and lead to more productive job opportunities for all.

Social protection plays a fundamental role in tackling poverty and inequality andexists in two distinct forms: social insurance to deliver health insurance and pensions to workers, and social assistance to increase the income of the lower class.

The CSI-NCSI combination is a bad economic and social policy. First, during their lifetime, workers often move between formal and informal jobs, meaning sometimes they are protected by CSI programs and other times by NCSI programs. This is a problem because typically CSI health and pension benefits are better than NCSI benefits.

Second, workers often consider that CSI benefits(paid for with a wage tax), are not worth their cost. Thus, CSI acts as a tax on salaried employment, that firms and workers try to evade. To avoid detection and fines, firms remain small and are less productive.

In Mexico, for example – where 57% of the labor force is informal – a typical business is made up of a few members of an extended family who do not receive a contractual salary. If a business is booming, the family may decide to hire outside workers, increasing its risk and costs. Enrolling its employees in CSI would add 30% or more to its labor costs – and if business plummets, by law salaried workers cannot be fired without a ‘just’ cause. 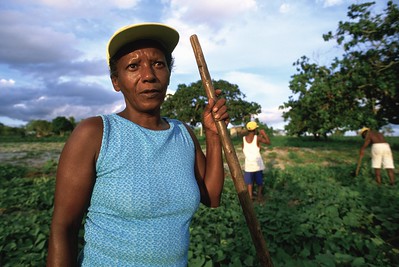 Latin American countries began to offer NCSI to informal workers after what economists call the ‘lost decade’ of the 1980s – when almost 80% of countries in Latin America and the Caribbean experienced reductions in their GDP levels.

From a social point of view, NCSI programs are welcome: workers who would otherwise have no benefits do get some. But from an economic point of view, NCSI programs subsidize informal employment: informal workers receive benefits for which neither they nor the firms they are associated with pay. The programs also subsidize evasion, as illegally hired salaried workers usually receive NCSI benefits.

Latin America’s large informal sector points to a failure of public policy. To reduce informality, countries in Latin America must shift towards universal social insurance. Risks that are common to all workers should be funded from the same source of revenues, and access to quality social insurance should be uncoupled from workers’ status in the labor market, making it possible for everyone to be covered. To achieve this, policy-makers need to find sources of revenue other than taxes on wages, which is a complex fiscal challenge.

Trading the CSI-NCSI system for universal social insurance is indispensable for social inclusion. It will also facilitate business growth, increase investment in training, and lead to more productive job opportunities for everyone. It is time for policy-makers to take the lead and usher in a new era of transformation for Latin America.

Santiago Levy is a Non-resident Senior Fellow at The Brookings Institution and, until recently, was the Vice-President for Sectors and Knowledge at the Inter-American Development Bank (IDB).

This article is republished from GlobalDev under a Creative Commons license. Read the original article.

Social mobility in developing countries
Next