It is widely accepted in recent work in economics and political science that ethnic diversity has a negative impact on the provision of public goods such as health and education. Indeed, the conventional wisdom holds that a negative relationship is so well-established empirically that research should no longer examine whether such a relationship exists but focus instead on why it exists (Habyarimana et al. 2007). This hypothesis further has important implications for other major outcomes, including economic growth and development. Indeed, Banerjee et al. (2005) describe the notion that social divisions undermine economic progress, not just in extremis, as in the case of a civil war, but also in more normal times’ as ‘one of the most powerful hypotheses in political economy’.

This conventional wisdom highlights the costs of diversity and could be interpreted as providing support for polices that minimize it. Our recent article in World Development (2016), ‘Ethnic Heterogeneity and Public Goods Provision in Zambia: Evidence of Subnational “Diversity Dividend’ by contrast, lends support to the view that diversity can be beneficial – not only for normative reasons, but also because, under some conditions, it can also support concrete welfare gains.

We challenge the conventional wisdom on ethnic diversity on empirical grounds. We show at the sub-national level strong evidence for a positive relationship between ethnic heterogeneity and some measures of public goods provision, in particular welfare outcomes related to health and education. In other words we find a ‘diversity dividend’ rather than the ‘diversity debit’ emphasized in most research in this area. 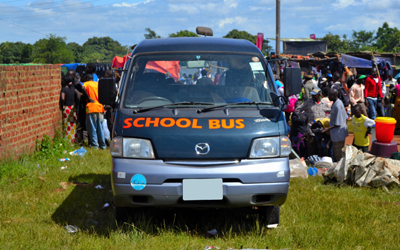 The article draws in particular on analysis we conducted at district level for Zambia, using a new dataset compiled from administrative, budget, and survey data. These data cover a broader range of public goods outcomes than previous work, including on both budgetary outcomes (such as per capita expenditures on health) and welfare outcomes (such as school enrolment and infant mortality). We consider separate models for district-level budgetary and welfare outcomes, exploring why relationships may differ for each. In our statistical analysis, we consider a variety of alternative specifications and models.

The questions is when, not why, does diversity undermine public goods provision

Given this more nuanced relationship between ethnic diversity and public goods provision that we document based on our own analysis and reconsideration of the literature, we argue that the key task for future research is not so much to explain the mechanisms underlying a negative relationship, but to explain the conditions under which such direction holds true. Further, because existing theory relates principally to the diversity debit hypothesis, there is considerable scope for theory building with reference to the mechanisms underlying diversity dividends. We consider various explanations for the Zambian findings and in turn point to promising areas for the development of explanatory theory.

One of the explanations that we find most promising highlights distributive politics between the center and district level, and the ‘informal’ role that ethnic groups and their leaders may play in the capture and distribution of public resources at the district level. For instance, if local leaders who ‘capture’ central government transfers use them mainly for private consumption and patronage spending on their own ethnic groups, each group has strong incentives to curtail such capture by other groups. Such informal checks on the private use of public funds may then be weakest in more ethnically homogeneous communities dominated by a single group and strongest in more ethnically diverse communities with multiple groups each ‘checking’ the others. If such a process is at work, we would expect to find – as we do - better welfare outcomes for given levels of central government spending in ethnically more diverse communities.

None of the explanations we explore is alone fully satisfactory in explaining our empirical findings, but together they speak to why ethnic diversity should not necessarily undermine public goods provision. Further theory building along these lines is important and has key implications for major areas of work in the social sciences, as well as for broader discussions about diverse societies.

Stefan Leiderer is an Associate Fellow at the German Development Institute 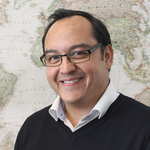 Disadvantage and discrimination in self-employment