It needs a rethink 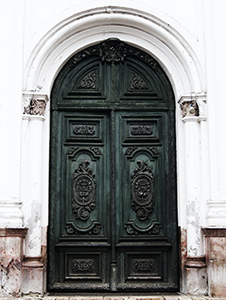 Ecuador has been hit hard by COVID-19. According to the World Health Organization, it has one of the highest rates of deaths per million people in Latin America, and one of the highest case fatality rates in the world. Furthermore, our study shows that income poverty and inequality increased dramatically in Ecuador between December 2019 and June 2020 due to the pandemic.

Household survey data from the National Survey of Employment, Unemployment and Underemployment of Urban and Rural Households (ENEMDU) collected by the National Institute for Statistics and Censuses (Instituto Nacional de Estadísticas y Censos, INEC) before and during the pandemic reveal the striking effect that the disease and consequent lockdown measures had on the Ecuadorian labour market. Between December 2019 and June 2020, the total number of people in paid and unpaid work decreased by 15%, while a large fraction of earners who remained in work lost their earnings. Overall, the number of formal earners fell by 29%, and the number of informal earners by 52%. Joblessness more than tripled from 311,134 to over 1 million individuals, and inactivity increased by around 10%.

Like many countries in the region, the Ecuadorian government responded to the crisis by implementing emergency social protection measures. The main policy was the health emergency Family Protection Grant (Bono de Protección Familiar), which offered two instalments of US$60 to low-income families. The transfer, however, excluded individuals in receipt of other social cash transfers, and no additional payments were offered to beneficiaries of the main social assistance scheme, the Human Development Transfer (Bono de Desarrollo Humano). Our analysis simulates the role of the Family Protection Grant, as well as other benefits and taxes, in cushioning the negative income shock due to the pandemic and discusses the need to rethink social protection to protect families against future economic shocks.

Our study shows that household disposable income dropped sharply as a result of the pandemic.

Households in the middle of the pre-pandemic income distribution experienced larger drops in earnings compared to those at the bottom and top. Additionally, the role of taxes and benefits varied across the income distribution. On the one hand, automatic reductions in social insurance contributions and personal income tax payments due to earnings losses mitigated the effect of the economic shock for higher-income families. On the other hand, the new Family Protection Grant played an important role in mitigating the impact of the crisis for low-income households. For the poorest income decile group, a 34.5% drop in household disposable income due to earning losses was alleviated by a 13.4% increase as a result of the emergency benefit.

Our analysis shows a dramatic increase in income poverty and inequality in Ecuador between December 2019 and June 2020. The percentage of those in poverty increases from 25.7% to 58.2%, and the extreme poverty headcount from 9.2% to 38.6%.

The new COVID-related Family Protection Grant plays a minor role in mitigating the effect of earnings losses on poverty and inequality. It reduces the poverty headcount by 0.64 percentage points (pp), the extreme poverty headcount by 1.4pp, and decreases the Gini coefficient only modestly by 0.011.

Our findings highlight the need to rethink and enhance social protection in Ecuador and the region.

Our findings highlight the need to rethink and enhance social protection in Ecuador and the region. First, despite the best efforts of the government, the emergency Family Protection Grant had only a limited effect in mitigating the earnings losses of households due to the pandemic. Middle-income households were greatly affected by the crisis and received no support from the welfare system. Moreover, the existing Unemployment Insurance benefit scheme provided protection in the event of unemployment only to individuals affiliated to social security, leaving all workers in informal employment unprotected.

Second, the main social assistance programme in Ecuador, the Human Development Transfer — like many proxy means-tested schemes in Latin America — failed to provide (additional) income protection to households affected by the crisis, because entitlement does not depend on household income. Countries in the region should think about designing benefits that react automatically to income losses in the event of big economic crises.

Finally, redesigning social protection should go hand in hand with efforts to build fiscal capacity, in order to ensure the sustainability of social policies in the long term. Fiscal reforms should, however, not be limited to personal income tax or value added tax (VAT). Governments should also consider reforming corporate and wealth taxes in order to build fiscal capacity and fight poverty and inequality.

This article was first published by LSE on 18 March 2021. It is republished here with permissions.

The paths and legacies of civil war
Next