The design and implementation of effective aid policy requires a deeper understanding of the impact of aid and the overall environment in which development aid operates. This policy brief addresses four areas which are key to understanding how aid works: the relationship between aid and economic growth, the effects of aid volatility, the benefits of co-operation, and the macroeconomic management of aid flows.

Aid and growth: a positive relationship

The question of whether aid effectively promotes growth and development has been hotly contested for years. UNU-WIDER’s ReCom—Research and Communication on Foreign Aid—project provides a clear answer to this question: when aid is delivered effectively it can, and does, have a positive impact on the economies of developing countries.

First, responding to previous work often held up as evidence of the ineffectiveness of aid, research was undertaken to reassess the data in question. When the data was looked at again in a way that explicitly allowed for further identification of the causal effects of aid, this research found a positive long-term effect of aid on income. 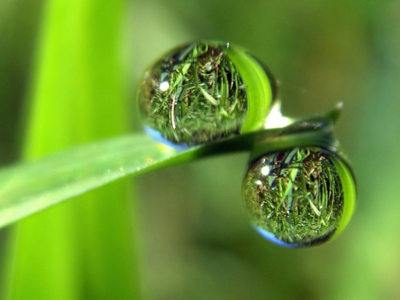 Second, original research was carried out which showed that aid does in fact have a positive effect on growth. This effect is not direct, but is rather the consequence of the effect aid has on intermediate drivers of development. An average annual inflow of US$25 aid per capita over the period of 1970-2007 reduced poverty by around 6.5 percentage points, raised investment by 1.5 percentage points in GDP, augmented average schooling by 0.4 years, boosted life expectancy by 1.3 years, and reduced infant mortality by 7 in every 1,000 births. Under these circumstances the effect of aid could also be expected to produce an increase in the rate of economic growth of around 0.5 percentage points. This implies a reasonable return on aid over the 37-year period between 1970 and 2007. The estimated annual internal rate of return is well above 7%

The effects of aid volatility

Fluctuating levels of aid can have a negative impact on aid effectiveness. Variations in the economic situation and political priorities of donor countries can cause aid flows to be volatile. Booms in donor economies lead to increases in aid of between 20-100%. Recessions reduce aid by around 11% on average. Worryingly, aid flows to low-income countries are more pro-cyclical than to middle-income countries, despite the greater difficulty of the former in accessing other sources of development finance. Policy makers should bear this in mind when considering funding priorities during recessions.

Volatility in individual aid sectors also has an effect on the likelihood of achieving the goals of those sectors. Some sectors have higher aid volatility than others. For example, volatility in aid for business development and infrastructure (via better information communications technology) lessens its role in encouraging private investment. 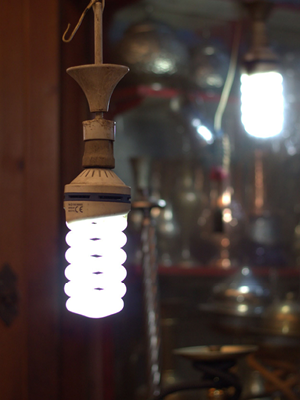 The benefits of donor coordination

Aid recipients can exercise more ownership over their national development process if they are able to engage with a cohesive group of donors rather than with each of them on an individual basis, with numerous and differing requirements. Furthermore, donors are more likely to base their own policies on recipient priorities if donors act together. A cohesive group of donors is less likely to promote disparate projects, and are more likely to use the management systems that recipients already have in place for project management.

Greater donor co-ordination would reduce transaction costs. An annual saving of US$915 million could be achieved by reducing aid disbursed via projects and increasing programme assistance to 66% of total aid. By reducing the number of partner countries, and shifting to programme rather than project aid, total savings of more than US$2 billion per year could be achieved. These are significant amounts, and the savings could be allocated to poverty reduction and other development goals.

The macroeconomic framework around aid

One worry about aid is that it may negatively impact fiscal revenue in developing countries by lessening the incentive for governments to improve the tax base. However through providing technical assistance to improve and widen the tax base, and by raising growth (which in turn raises tax revenue), aid can in fact have a positive rather than a negative impact on a government’s fiscal performance. Aid becomes more effective as it incentivizes rather than substitutes for the creation of tax revenue—this is an important message for aid policy.

Moreover aid does not wholly replace spending that would have been funded domestically otherwise, and even in cases where it does to some extent this does not significantly reduce aid effectiveness. Aid raises total spending but this is not a 1-to-1 increase as other revenue sources are affected. There is no systematic effect from aid to tax revenue, but increases in aid are often associated with reductions in borrowing, a result of IMF conditionality.

Together with their recipient partners, aid policy makers should work to reduce aid volatility as they establish funding priorities

The cost-savings from better aid co-ordination are large, but progress has stalled and aid recipients should press their donor partners to move forward .

In principle, any financial inflow—aid, oil revenues, remittances—can reduce an economy’s competitiveness through an appreciation of the ‘real’ exchange rate which undermines the country’s exports. However, this is not inevitable. Technical assistance to improve the macroeconomic framework in developing countries can also help prevent the Dutch Disease phenomenon. Monetary policy in particular can be used to dampen Dutch Disease, and in financing infrastructure and human capital, aid can improve an economy’s supply-side and exports. There are many ways in which aid contributes to economic growth, but this can be improved upon by: reducing aid volatility; improving donor co-ordination; and reducing aid fragmentation.