When measured in relative terms, global inequality has been decreasing. However, in absolute terms it has been increasing. What does this mean for analysing and addressing inequality?

While it remains vital to continue reducing the global incidence of poverty, inequality has risen both in international and national agendas. Inequalities — in incomes, assets, and human development — matter for citizens as ethical and political issues. Large inequalities matter for economic development as they and can slow economic growth, generate economic crises, and destabilize political systems.

Globally, income inequality has decreased over the past three decades when measured in relative terms. The reduction is due to a drop in inequality between countries, whereas within-country inequality trends show considerable heterogeneity

When explored in absolute or even centrist terms, income inequality has, however, been increasing

However some initiatives, such as civic education, seem to work similarly across diverse contexts

But what do we mean when we say that inequality is at a particular level and is rising or falling? What indicators should we use to appropriately capture the different facets of inequality? And what has happened to inequality both globally and in selected countries?

Income inequality is typically measured using so-called relative indicators. These indices — for example the Gini coefficient — do not show a change in inequality at all if all members of society experience the same relative change in income (or other dimensions of living standards). For instance, if incomes for all people (or households) increase by 10%, inequality would not be affected. However, a 10% rise for a millionaire is much more money than a 10% rise for someone who has very little to begin with. Therefore, it also makes sense to measure inequality in absolute terms and/or using so-called centrist measures, which are a combination of absolute and relative indices. When each of these three ways of calculating inequality levels are implemented we get an interesting set of answers to our question.

It emerges that based on conventional relative measures, inequality has declined over the last three decades. This is largely driven by a reduction in income inequality between countries — initially poor countries with large populations, notably China, have grown faster than countries that are already rich. However, income inequalities according to absolute and even centrist measures have increased at the same time. Therefore, it is very easy when analysing and debating income inequality to arrive at opposite conclusions. 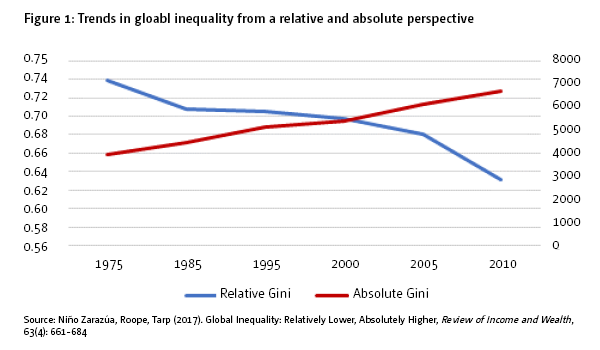 The role of wealth inequality

Income is only one dimension of inequality. Wealth in all its forms (financial, property, land, etc.) is also crucial. Measuring what has happened to global wealth inequality is therefore equally important. This is a difficult task given that the information with which to calculate the distribution of wealth is limited in many countries. With the available data, the conventional relative global Gini for wealth is above 90 (on a scale from 0 to 100), which is substantially above the global Gini for incomes (which is around 63) — and indeed above the Gini for income in any country. Since the financial crises of 2007-08 wealth inequality has risen, and now the top 1% own half the world’s total household wealth.

The flipside of rapid poverty reduction in developing countries could, in principle, be an increase in the share of people who are vulnerable to falling back into poverty again. However in the case of Viet Nam, for example, the share of the vulnerable has been fairly stable, and the middle class has expanded.

The United States has been on an opposite trend; an increase in poverty and a fall in the share of the middle class. The latter phenomenon is also called polarization, which has recently been the topic of much debate and worry especially in high-income countries. However, the same phenomenon can also take place in a developing country. For instance, in Nigeria between 2003–13 income distribution clearly became more polarized. 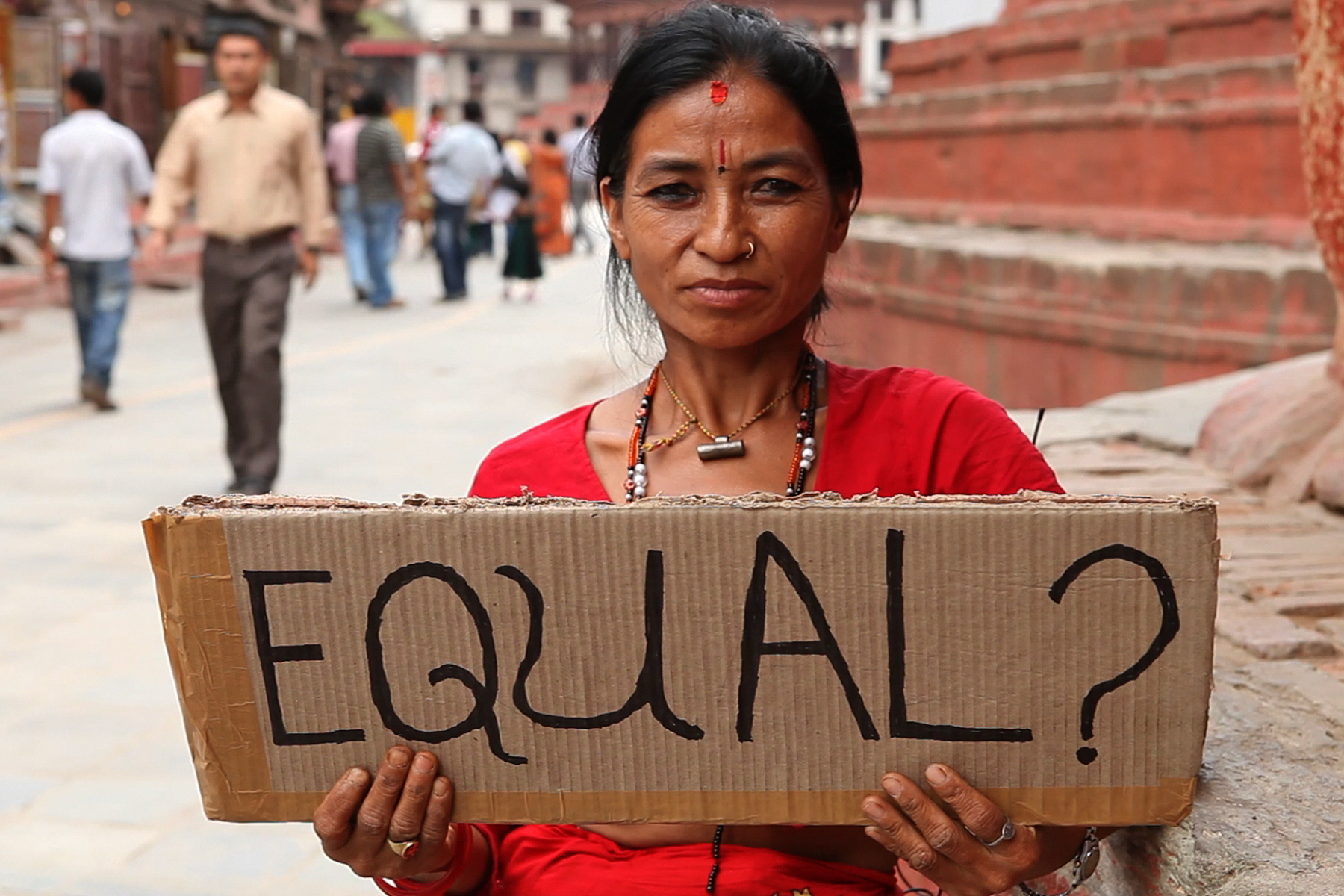 Understanding the diversity of inequality and its measurement

As we have seen, different measures of inequality can lead to different conclusions on shares, levels and trends. This can also be the case depending on whether one uses an anonymous approach, where different people appear in different datasets in different years, or a non-anonymous approach, where the same households are followed throughout the same period. In the case of Mexico, incomes for individuals have converged over time — also at times when anonymously measured inequality has increased.

In developing countries inequality is sometimes measured using so-called asset ownership indices because of a lack of (recent) income or consumption data. This approach also can yield different outcomes. For South Africa, inequality based on an asset index appears to have dropped during a period when income inequality, measured using conventional methods, has risen.

It is important to be clear what type of inequality is being referred to when making statements about levels and trends in inequality. Otherwise confusion can easily arise in policy debates

Since inequality is a multi-faceted phenomenon, one indicator is hardly sufficient. The analyst’s toolbox should contain a set of measures which can all be used to provide a more nuanced picture of inequality developments, between countries, within countries, and between groups

These examples provide a glimpse into the complexities of measuring inequality. There is no single answer to the overarching question of whether inequality has risen or fallen, as it depends on the definition and measurement. Since inequality is a multi-faceted phenomenon, one indicator is hardly sufficient. Understanding the diversity of inequality and ways to measure it are central to improving policy and practice aimed at addressing inequality within a country or globally.