While studies have examined the association in socioeconomic status between parent and offspring, there has been relatively little research on multigenerational mobility, especially in the developing country context. Analysing data from the India Human Development Survey, this article shows that there is upward mobility in terms of education but not for occupation – with stark differences across social groups.

A question of long-standing interest among social scientists is the degree to which socioeconomic status is transmitted from parent to offspring. However, most related studies implicitly assumed that the effect of earlier generations on offspring’s socioeconomic status is indirect, and hence, these have focussed on the association in socioeconomic status between adjacent generations (Güell et al. 2018). There has been relatively little research on multigenerational mobility, especially in the developing country context (Solon 2018). Yet, the study of multigenerational mobility enables us to understand the extent to which inequality of opportunity has reduced in a country over time.

Our work contributes to the literature in several areas. First, to the best our knowledge, we are the first to investigate multigenerational educational and occupational mobility in the context of India, and this is among the earliest works in the context of a developing country. Second, we examine the effect of belonging to a social group (such as caste, religion, etc.) on multigenerational educational and occupational mobility. Lastly, we include both resident and non-resident sons in the analysis, when previous studies of intergenerational mobility have focussed only on resident father-son pairs due to lack of available data on non-resident family members (Emran and Shilpi 2021).

Moving beyond the descriptive analysis, we use an innovative empirical strategy that exploits the fact that our data span three generations, to assess whether there has been a weakening of intergenerational persistence in education and occupation, for son-father pairs compared to father-grandfather pairs2. This econometric method also allows us to assess whether mobility increases for sons of SCs/STs, OBCs, Muslims, and urban residents in comparison with their respective reference groups (general castes, Hindus, and rural residents) and relative to their fathers. Overall, we find that multigenerational mobility has increased over time for education but not for occupation. Educational mobility is higher for the G2-G3 pair than the G1-G2 pair. In contrast, there is little difference in occupational mobility between the G2-G3 and G1-G2 pairs. We also find clear evidence of a ‘grandfather’ effect – grandfather’s occupational and educational status has an effect on the grandson’s occupational and educational status, independent of the father’s.

This article was originally published by Ideas For India and is re-printed here with permissions. Click here to view the original article.

Unfortunately, comparable information about (grand) mothers and daughters is not available in this dataset.

The econometric method we use is a double-difference regression method, where we estimate grandfather-father-son triad regressions, with generations 1 and 2 pooled together, with the first ‘difference’ being a time dummy for the third generation and the second ‘difference’ being the ‘treatment’ dummy for social group/religion/location. The interaction of the time and treatment dummy tells us whether mobility has increased for sons in a particular social group/religion/location compared to their grandfathers and relative to the benchmark group (upper caste for social group, Hindu for religion, and rural for location). 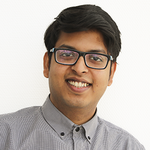 This article was originally published by Ideas For India and is re-printed here with permissions. Click here to view the original article.

Stunted growth, orphans, and access to sanitation services in South Africa
Next

The importance of conducting high-quality analysis for policy advice cannot be understated. The UNU-WIDER Winter School for tax policy research delivered the right tools for my day-to-day work...
Tools for effective tax administration