Research Brief
Improving the efficiency of tax collection in Tanzania

Risk-based approaches are becoming commonplace for tax authorities as a tool for enforcement. Improvements in technology, technological adoption and in some cases machine learning, hold great promise for finding the taxpayers who are most likely to avoid taxes, thus improving the detection of non-compliant taxpayers.

The initiative raised around TSZ10 million (~US$4,350) per examined firm during the first year of implementation, amounting to US$20 million in total

A new method for flagging taxpayers for examination

A pilot was run jointly by the Tanzanian Revenue Authority (TRA) and the Finnish Tax Administration (VERO) where a new method for flagging taxpayers for tax examination was designed and implemented. The pilot sought to improve the efficiency of tax examination, improving the skills of the tax officers, treating taxpayers equally and focusing examination efforts on risky taxpayers, and reducing the time spent on examining taxpayers with less risks for non-compliance. This was done by tax offices using a spreadsheet with an automatic flag system for selecting firms into a risk-based assessment. The pilot started in July 2019 and was only implemented in Dar es Salam tax offices, namely Ilala, Temeke, Kinondoni, and Kariakoo. 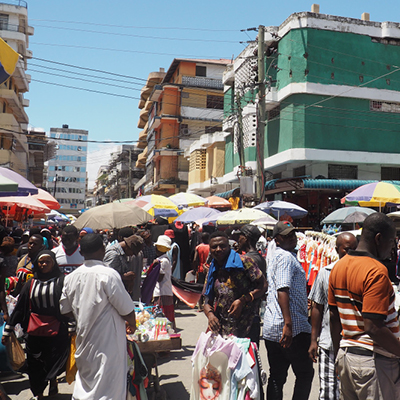 The implementation of the pilot allowed for a comparison of revenue collection between taxpayers in the pilot area and the other five major tax offices in Tanzania — namely Arusha, Dodoma, Mbeya, Morogoro, and Mwanza. The anonymized data were provided by the TRA at the taxpayer-level from for the period 1 July 2015 to 30 June 2020. The data includes information about the initially declared and adjusted taxable incomes.

Who are the firms in the Dar es Salam region? The descriptive analysis shows that most of the taxpayers in the pilot area are larger and more profitable firms when compared to the taxpayers in the non-pilot area. The largest number of these firms are from the service and wholesale and retail sectors.

The results from an analysis between firms within the pilot regions and firms outside the pilot region over the studied period show that the risk-based tax examinations increased the revenue collected in the first year after the implementation of the intervention.

This analysis shows that the intervention affected tax revenues in the Dar es Salam region where the pilot was implemented. The results show a 10-15% increase in adjusted taxable income, where the risk-based tax examinations were implemented. This would suggest that use of the spreadsheet to flag risky taxpayers could improve efficiency of tax examinations and lead to an increase in tax revenues. The impacts are found in corporate income taxes and arise predominantly from  the services sector.

Furthermore, the pilot shows that the growth in tax revenue in the pilot area mainly stems from increases in the amount of tax paid. The number of firms filing income adjustments remained constant and does not affect the tax revenue collected. This highlights the fact that focusing on improving the efficiency of tax examinations is more beneficial for the TRA than conducting more tax examinations. Finally, the pilot risk-based spreadsheet was a highly cost-effective intervention. The cost of implementing the use of the spreadsheet was very low  in comparison to the gains in additional tax revenue.

There is tax revenue potential when firms undergo tax examinations

The results should be interpreted with caution. A longer period after the intervention would provide more credible results. Further analysis should consider the possible effects of the COVID-19 pandemic on taxpayers.