Manufacturing production in both developed and developing economies tends to be highly geographically concentrated in cities and industrial clusters. Firms are drawn together for a variety of reasons, mostly motivated by the desire to reduce the costs of transporting goods, people, and ideas. In Vietnam, for example, large firms are surrounded by thousands of small enterprises in two major industrial clusters near Hanoi and Ho Chi Minh City. In Africa, the “Suame Magazine” near Kumasi, Ghana is home to thousands of small metalworking firms. Arusha, Tanzania is the site of several clusters of furniture manufacturers. Empirical evidence shows that there are productivity benefits for firms that locate in clusters like these; these benefits are referred to as “agglomeration economies.” However, not all firms benefit from agglomeration equally. As such, spatial industrial policies that influence the location choice of firms may be an effective tool in accelerating the pace of industrialization but also in ensuring an equitable distribution of the gains.

Some geographic areas have obvious natural advantages that result in cluster formation. For example, proximity to a large port will attract exporting firms or areas rich in minerals will attract clusters of mining firms. In addition, there are three well-established reasons why firms choose locate in close proximity. First, the cost of transporting goods is reduced when firms are located close to their customers or suppliers. Input suppliers can exploit economies of scale in large clusters of downstream firms who, in turn, benefit from timely delivery and lower inventory costs. Second, when firms locate in a cluster, a pool of workers emerges, making it easier to hire new workers when labor demand increases and facilitating better matching of workers to jobs. Third, knowledge spillovers, in particular informal exchanges of ideas, are more likely when firms are in close geographic proximity. In a more dense concentration of economic activity, workers and entrepreneurs are more likely to learn from each other. Close proximity to competitors can facilitate information sharing or allow firms to engage in collective action to overcome common constraints such as contract enforcement.

Despite the importance of agglomeration for industrial development there is little evidence of the extent to which agglomerative forces are at work in developing country contexts. Through a series of quantitative studies on four different country cases (Vietnam, Cambodia, Ethiopia, and Tunisia), L2C set out to determine the drivers of agglomeration in poor countries and the impacts of agglomeration on firm-level productivity. Three key lessons can be drawn from this body of work: i) how agglomeration is conceptualized and measured matters (see text box); ii) there are productivity gains for firms associated with clustering in developing countries; but, iii) not all firms benefit from clustering in the same way.

Our work provides strong evidence of productivity spillovers associated with agglomeration. For example, in Vietnam, this is particularly the case for firms that locate in small clusters and for foreign-owned firms. In Tunisia, we find evidence of spillovers due to the transmission of ideas. In Cambodia, informal firms benefit most from agglomeration economies, while in Ethiopia, agglomerating firms have higher productivity if they produce similar products to other firms in the cluster. In the case of Cambodia and Ethiopia, it is also clear that the negative effects on prices and mark-ups of more intense competition in clusters outweigh many of the productivity gains. Poor infrastructure and high transport costs limit the location choice of firms. Extreme competitive pressure makes it very difficult for entrepreneurs to begin new enterprises and for small enterprises to survive. This is problematic for the indigenous small- to medium-sized enterprise sector in settings where location choice is restricted.

There are potentially significant benefits from agglomeration. As such, our findings from the Learning to Compete (L2C) project suggest that there are many emerging sectors in Africa (e.g., traded services, agro-processing) that could benefit from the establishment of effective, well-functioning industrial clusters in the form of, for example, special economic zones (SEZs). While in the past SEZs in Africa have been much less successful than in Asia, many sub-Saharan African countries have recently committed to improving their performance. This renewed commitment is, at least in part, motivated by a significant increase in Chinese investment into the establishment of SEZs in many African countries. The performance of these zones will provide valuable lessons for spatial industrial policies in Africa in the future. Our findings also show that clustering may not be the best option for all firms, but it may be the only one where location choice is limited. Measures, such as reducing transport costs, regulatory constraints, and other hurdles that give firms (particularly small and medium enterprises) more flexibility in their location choice, will help support the growth of the indigenous industrial sector and a more equal spatial distribution of economic activities in African economies when better suited for addressing their particular obstacles.

Carol Newman is Non-Resident Senior Research Fellow at UNU-WIDER and Associate Professor at the Department of Economics, Trinity College Dublin.

This article is based on an earlier article published in the Brooking Institution Africa in Focus blog on 19 November 2015. 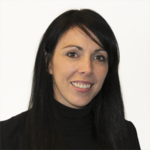 Are Spatial Networks of Firms Random?

Made in Africa: Learning to compete in industry - Book launch and panel discussion

Made in Africa
Next

The COVID-19 pandemic has shown that African tax and social-benefit systems are currently ill-equipped to protect households from sudden income losses...
The Pandemic and Africa's Social Safety Net