Blog
Job Creation and the Business Cycle in Brazil

What type of business destroys proportionately more jobs during times of economic recessions and hires more in booms? This simple question motivates an important ongoing debate in the economics literature that seeks to explain the factors behind the dynamics of employment creation in small and large businesses during economic cycles. This is very relevant for policy makers as it key to understanding labour markets and for devising policies which aim at dampening employment fluctuations and minimize the economic and social costs of job losses during economic downturns.

The differences in the employment creation by firm size during economic cycles are thought to be influenced by both credit constraints and the availability of unemployed workers. Small firms are regarded as more credit constrained, making them more sensitive to fluctuations in economic activity (Gertler and Gilchrist 1994). Another interesting mechanism influencing the employment-creation dynamic is job-poaching. Smaller and less productive firms hire proportionately more during recessions due to availability of workers willing to accept lower wages. As unemployment rates decline during economic expansion, more productive large firms increase wages and ‘poach’ workers from smaller firms, restricting the employment growth of the latter during recovery. The dynamics related to the job-poaching mechanism would lead to larger firms being more sensitive to business cycles (Moscarini and Postel-Vinay 2012). The combined effect of credit constraint and poaching mechanisms vary across countries, and determine whether employment in small or large firms is more sensitive to business cycles.

The case of Brazil

The small business sector is responsible for a substantial share of economic activity and employment generation in developing countries. Figures from Brazil’s labour ministry show that in 2013 this sector contributed to 54% of total employment and to about 43% of total wages in the formal economy. Given the size of the small business sector, the economic and social cost of job losses during recessions is thus heavily influenced by this section of the economy.

The use of employer-employee microdata for small and large establishments in Brazil uncovers the patterns of employment dynamics by firm size during the economic cycles. The data provides the establishment identifier and allows for the classification of establishments by their initial size to isolate the effects of the creation and destruction of businesses. The unique continuous employment series constructed encompasses about half a million establishments, 11 million workers as of December 2013, and open up innumerable possibilities to analyse employment-creation dynamics. The difference between the growth rate of employment in large and small businesses is the measure of relative employer size performance and is calculated monthly from January 2000 to December 2013.

Figure 1 shows the sensitivity of employment growth in firms of different sizes during economic cycles. The shaded areas identify Brazil’s economic recessions. The cyclical component of the relative firm size performance presents a decline around recessions and sharp recovery after episodes of recessions. In a nutshell, small firms destroy proportionally more jobs than large firms during recessions and create proportionally more jobs during booms. This result is opposite to recent empirical evidence for developed countries (Moscarini and Postel-Vinay 2012).

The challenge ahead: helping small businesses

Given the findings above, policies designed to dampen employment shocks and protect employment during recessions should aim at easing the financial constraints to small businesses in Brazil. Looking ahead, it is also paramount that further evidence about the firm size dynamic is generated in developing countries to minimize economic and social costs of job losses during recessions. Other factors such as age, wage and productivity of the firms will also be analysed together with employment size to further our understanding on the cyclical behaviour of firms.

This article is based on an article published in the Journal of Macroeconomics in 2011 and on current research being undertaken at UNU-WIDER. The work was carried out with co-authors Guilherme Resende (IPEA, Brazil) and Paulo Jacinto (PUCRS, Brazil). 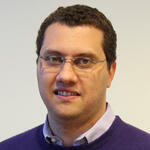