The COVID-19 pandemic has shown that African tax and social-benefit systems are currently ill-equipped to protect households from sudden income losses. Meaningful progress will require policymakers to reduce the size of the informal sector and improve the design and financing of social-protection measures.

Researchers around the world have studied the labor-market effects of COVID-19 since spring 2020. The statistics suggest that last year’s economic slowdown was more severe than the 2009 downturn resulting from the global financial crisis, and extended to all regions. The pandemic triggered a surge in unemployment across developed economies and halted progress in reducing poverty and hunger in several lower-income countries.

Economists have begun to devote more attention to the role of national tax and benefit systems in protecting households during the pandemic. Most of the research to date has focused on developed countries such as Finland, Germany, Italy, and the United Kingdom, but recent studies have analyzed tax and social-protection schemes in South Africa, Indonesia, and the Andean countries.

Now, a new United Nations study has measured the impact of tax and benefit systems in Sub-Saharan Africa (SSA) during the COVID-19 crisis, providing an important complement to the research on high- and middle-income countries. The study used national tax-benefit microsimulation models to evaluate the distributional effects of different policy measures during the first stage of the pandemic in Ghana, Mozambique, Tanzania, Uganda, and Zambia. 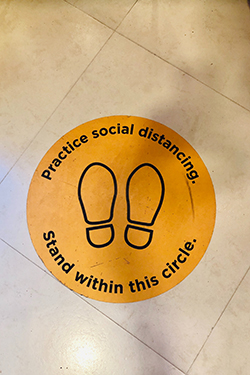 The report found that policies aimed at cushioning lockdown-related income losses in these countries were generally well-targeted, but benefit payments were too small, and coverage too narrow, to offset the pandemic’s economic impact. Of the five countries studied, only Zambia, where the COVID-19 Emergency Cash Transfer offset some of the poverty shock, implemented significant discretionary measures in response to the pandemic. Some of the countries introduced schemes for utility-fee relief, but these were largely ineffective in moderating income losses.

Several factors constrain the ability of Africa’s existing tax and benefit systems to support the population in an economic crisis. Unlike in Europe, most African countries have a large informal economy, low levels of social-insurance coverage, and relatively few adjustable income-determined benefits. Most households in SSA therefore do not automatically become eligible for benefits when they suffer abrupt income shocks. Similarly, only a small number of formal-sector workers, who are typically better paid in the first place, benefit from automatic reductions in their tax liabilities.

The contribution of such automatic stabilizers in SSA during the early stages of the pandemic was thus more limited than in Europe but similar to their impact in Andean countries. This highlights the need to formalize Africa’s large informal economic sectors in order to expand the coverage of contributory social-protection programs, and to enhance the tax system’s potential to buffer negative income shocks. For example, with the exception of Tanzania’s small and limited scheme, all five countries in the UN study currently lack unemployment insurance.

The UN report also shows which sectors of the SSA economy – and parts of the income distribution – have suffered the most from the COVID-19 crisis. In all five countries, the service sector, and especially accommodation and food services, were consistently among the hardest-hit industries in 2020. Of course, this finding applies not only to Africa but also to most developed economies.

Fortunately, the agriculture sector did not contract last year in any of the African countries studied, protecting poorer households from substantial income losses. Many households in SSA also increased their agricultural activities in 2020, which may have served as an additional buffer, while countries like Mozambique benefited from an exceptional farming season. But this good news also highlighted the fact that many Africans’ livelihoods are highly dependent on stable weather conditions, which are not guaranteed in an age of intensifying climate change.

The pandemic’s negative effects on poverty and inequality in the five SSA countries examined in the UN study were initially relatively modest. But rising COVID-19 caseloads, slow vaccine rollouts, and limited fiscal resources for expanding social-protection schemes imply major risks for this year and beyond.

As the pandemic drags on, the dwindling resources of many developing-country governments highlight the importance of improving tax collection in the medium to long run. International development aid for social protection also will remain indispensable to maintaining even the current, limited levels of assistance for poor and vulnerable populations.

Reconfiguring African tax and benefit systems so that they perform better during economic crises is also a matter of data. In contrast to similar studies of the developed world, the UN researchers examining SSA did not have access to detailed survey data on income changes during the pandemic. Instead, they used novel techniques to assess how the economic shock across different industries affected the incomes of individual households. Obtaining up-to-date data on how African households fared throughout the downturn will be vital to understanding and managing the effects of the COVID-19 pandemic and future crises. 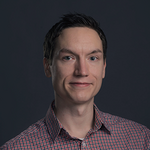 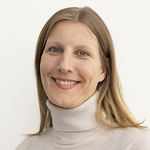 This article was originally published by Project Syndicate and is re-printed here with permissions. Click here to view the original article.

Efforts to protect the poor during COVID

An African in Africa

An African in Africa
Next