Blog
Putting it all together

Highlights from The puzzle of peace

‘Understanding how to sustain peace means understanding conflict itself. Yet conflict and peacebuilding are often addressed separately’ – Patricia Justino

One of the most acute challenges to development today is the persistence of violent conflict, and the struggle to promote effective states that can maintain peace after armed conflict ends. In an attempt to better understand the issue, and work toward research-based policy solutions, UNU-WIDER invited experts who work on violent conflict and peacebuilding to sunny Helsinki to ignite an important exchange.

It began with a two-day workshop involving around 40 researchers from the UNU-WIDER Institutional legacies of violent conflict project. Sitting around a table in Helsinki, scholars from across the world shared insights from their ongoing research. Together, the various studies reflect on how events and dynamics during violent conflict, such as different forms of repression or experiences of forced displacement, alter structures within societies and affect the political and social outcomes we see today.

Learning continued with the first WIDER Development Conference for 2022, The puzzle of peace. Reaching beyond academia, the programme brought together scholars, policymakers, and practitioners. Each session was an opportunity, not just to share research, but to learn about the challenges practitioners experience, to discuss how research can support policy making and be most valuable.

More than 200 people attended in-person and around 900 joined online. There was a great energy and enthusiasm for discussion. For many speakers and participants, it was the first in-person conference in more than two years. And, with new technology for online engagement, it demonstrated new possibilities for combining the outreach and inclusion of online events with the energy of in-person events, in a hybrid conference format. 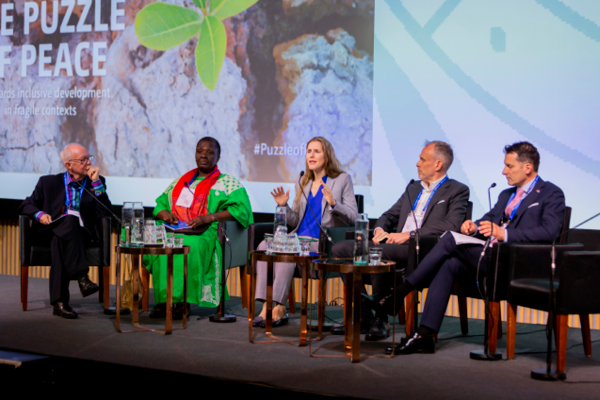 The day the conference opened, Finland's parliament were finalising an application to join NATO. An event that was brewing, and gaining public support, since Russia’s invasion of Ukraine. It was especially fitting then that the opening keynote panel with Severine Autesserre, Speciosa Wandira-Kazibwe, Janne Taalas, and Mirko Manzoni, examines the agency of ordinary citizens and the role they play during violent conflict and in building peace.

As far as I know, if you don’t want peace badly, nobody will give it to you: people have to take action for themselves from within the country – Speciosa Wandira-Kazibwe

The agency of citizens was also a key theme of a panel hosted by the Households in Conflict Network. As Ibáñez put it, ‘People and households are not simply victims. They have agency and adopt different strategies to survive and avoid victimization in armed conflict.’

Nonetheless, as Adnan Qadir Khan remarked, external actors can help address fragility. But there’s a way to do it well, which requires respecting local agency. Across various sessions during the conference, experts provided insight on how this can be done. For instance, in the session on Sustaining peace and preventing violence, Rob Blair shows the positive effect that better coordination between state and local authorities can bring. This is because local actors often have more legitimacy than the state, but lack important resources to effectively implement projects. Similarly, in the panel on Peacebuilding challenges, jointly organized with United Nations University Centre for Policy Research (UNU-CPR), Adam Day concludes that this could, and perhaps should, be where the UN has a role — in connecting local, national, and global actors.

Another major theme under discussion was trust between citizens and the state. The keynote lecture by Sir Tim Besley captures the essence of the issue. He argued the need to deviate from understandings of state capacity which focus on coercion and emphasize the role of trust. Trust is fundamental for building effective and peaceful states, and it is essential that researchers and policymakers take this into account in their work.

Opportunities for change over coffee

The highlight of the conference for me, and for many participants in Helsinki, was to meet in-person (again). This was reflected in the excited chatter we heard as people met over coffee and shared tables for lunch. Researchers discussed possible collaborations and shared feedback on 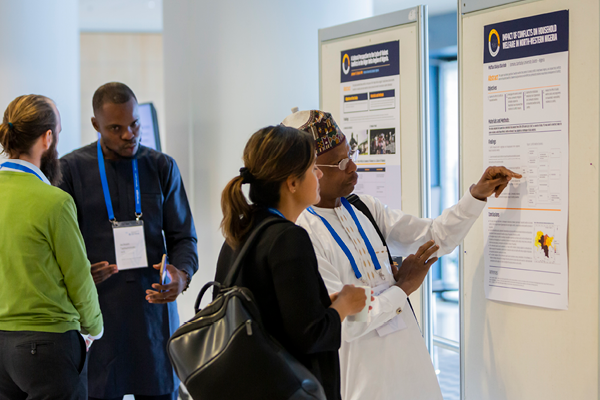 presentations, but what really impressed me was the conversations between researchers, policymakers, and practitioners. This had always been the aim of the conference, but to see it come to fruition provided a great sense of hope for what can collectively be achieved.

It was great to see this exchange taking place, especially during the poster presentations, which were organized in collaboration with the Conflict Research Network – West Africa. The posters displayed the research of several young Africa-based scholars and provided an important opportunity to engage with research coming from areas in Africa that are either in the depths of conflict, or recovery and peacebuilding. 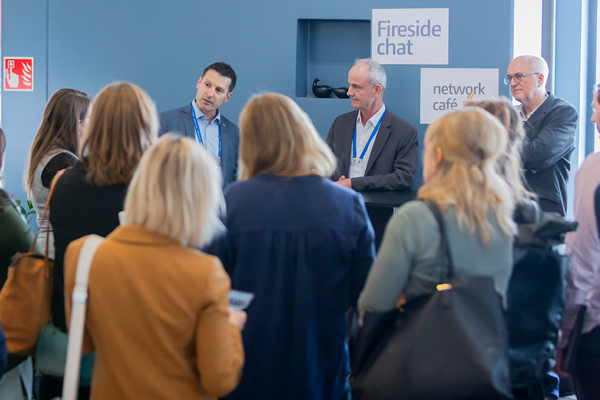 Similar discussions were facilitated in the ‘fireside chats’ held during the coffee breaks. I was pleased to host one alongside my colleague Eva-Maria Egger chatting with Gilles Carbonnier (Vice-President of the International Committee of the Red Cross) and Mirko Manzoni (Personal Envoy of the UN Secretary-General to Mozambique). Our talk focused on the challenges humanitarian and diplomatic actors face during ongoing hostilities. This was one of my favorite moments of the conference, sitting with a small group for an informal, but insightful, discussion with great perspective from both Gilles and Mirko.

A moment for collaboration

This conference came at a very relevant moment, with much of the world captivated by the ongoing war in Ukraine. But many conflicts today are not making headlines. And unfortunately, the crisis of climate change will only make conflict more likely. Ted Miguel, estimates that conflicts will increase by 30–40% in fragile settings due to climate change. But, he emphasizes, that not all is lost. To tackle these issues researchers and policymakers can work together more closely to understand, prevent, and resolve conflict. The workshop and conference were an important step to facilitate this collaboration.

For me, the WIDER Development Conference was a terrific way to start my new position at UNU-WIDER, where I will work on the Institutional legacies of violent conflict project. I gained invaluable insights on the missing links between research and policymaking and I look forward to helping to close this gap.

Laura Saavedra-Lux is a Research Associate at UNU-WIDER. In her work she examines the micro-foundations of political violence, socio-economic development, and the consolidation of peace. She is specifically interested in understanding how ordinary citizens respond to local security, development, and environmental challenges and when these responses can have a positive effect on political and economic outcomes. 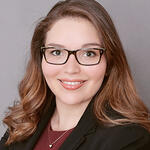 Solving the puzzle of peace

Blog | Solving the puzzle of peace
Blog | The conflict in Ukraine - the role of civilians
Blog | Our project on the institutional legacies of violent conflict
Blog | Want to catch up on UNU-WIDER research? Here are 10 of the most interesting papers published over the last year
Blog | Report from the WIDER Development Conference on reducing inequality
Blog | Reducing inequality — the great challenge of our time

The puzzle of peace – towards inclusive development in fragile contexts
Previous