Research Brief
A snapshot of poverty and inequality in Asia

Experience over the last fifty years

Asia has achieved remarkable economic growth and seen hundreds of millions of citizens rise out of poverty since the mid-1960s. Constructing and analysing the factors behind continent’s poverty and inequality over the last fifty years helps gain important insights for further reducing global poverty in the next decade.

Almost 250 million further Asians could have been lifted out of poverty if not for rising inequality in the region, especially in East Asia

For Asia as a whole, the Gini index, an indicator of inequality, saw over 10% increase between 1965 and 2006. The GDP per capita has declined by USD 209 on average for every percentage point increase in the Gini coefficient

Fast growth, coupled with ageing and unemployment, are key drivers of inequality in Asia

Employment is an important factor in fighting both poverty and inequality

Asia’s fast growth began with Japan’s economy taking off after the Second World War, followed by the emergence of the four dragons — Korea, Taiwan, Hong Kong, Singapore — in the 1960s and 1970s. Asia’s resurgence received a huge boost when China embarked on its reform and opening up in late 1978, and was reinforced later by the fast economic growth in India and other Asian countries.

As a result, Asia’s share in global gross domestic product (GDP) has been rising rapidly. The share is expected to rise further and could reach more than 76% by 2040. However, different sub-regions have performed quite differently. East Asia has been the star performer, and, for most years, Southeast Asia performed well too.

Based on the USD 3.20 poverty line, Asia’s poverty rate dropped from 73.6% in 1965 to less than 10% in 2014. Using the lower poverty line of USD 1.90, the poverty rate fell from 48.5% to 2.6% during this period. In fact, the Millennium Development Goal on poverty reduction would not have been achieved if Asia were excluded.

At the sub-regional level, in 1965 Southeast Asia was the poorest region. By 2014, however, South Asia was the only sub-region that had not managed to end extreme poverty. Taiwan and Hong Kong eliminated extreme poverty in the late 1960s, Singapore in the mid-1970s. South Korea followed in the early 1980s, Malaysia in the late 1990s, and Thailand and Indonesia in the new millennium. 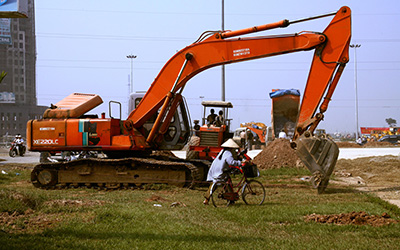 However, Asia is still some way away from ending moderate poverty (USD 3.20 per day). In 2014, there were still over 420 million moderately poor in Asia.

Regarding drivers of poverty, it is not surprising to find that growth led to poverty reduction, but this benign impact is found to have diminished as economies grow. That is, each percentage point of growth delivered less and less poverty reduction over time. Other poverty-reducing factors include technological progress and trade exposure.

The cost of rising inequality

Fast growth and poverty reduction has been accompanied by rising inequality. For Asia as a whole, the Gini index, an indicator of inequality, increased from 38.5% in 1965 to 42.8% in 2006, before declining in recent years. In particular, inequality worsened significantly in East Asia and in the most populous countries of Asia — China, India, Indonesia, Bangladesh and Sri Lanka. The recent decline in inequality may be linked to the financial crisis that began in 2008. 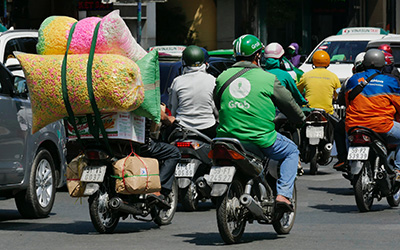 Despite its recent declines, inequality has cost Asia dearly. The GDP per capita has declined by USD 209 on average for every percentage point increase in the Gini coefficient. A higher initial inequality is also associated with smaller impacts on poverty of subsequent growth. Research shows that 248.4 million people (under USD 3.20 poverty line) and 145.1 million people (under the USD 1.90 poverty line) could have been lifted out of poverty if not for rising inequality.

One of the most important drivers of inequality is technological change. Unemployment and ageing are found to be drivers of both inequality and poverty, highlighting the importance of employment in fighting both phenomena.

Regardless of the ongoing de-globalization tide and possible clashes between the old and new global powers, India’s growth is expected to accelerate and China’s growth may reaccelerate, which would provide major impetus for continued development in Asia and beyond. Both the continued growth and the predicted improvement in income distribution will lead to more Asians rising out of poverty.

Nevertheless, Asia should not be complacent about its growth prospects and the declining trend in inequality. The current levels of inequality could undermine growth, and its cost in terms of lost growth and missed reduction in poverty is quite substantial in Asia.

Asia should remain on high alert as artificial intelligence, big data, and information and communications technology continue to advance, displacing low-skilled labour and benefitting the skilled and those who possess capital. How to generate jobs and reverse the declining labour share in national income is a formidable challenge facing policy makers in Asia and beyond.