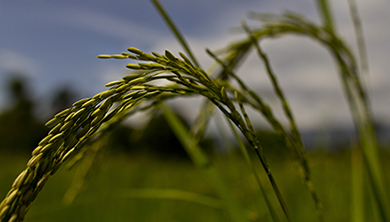 A consistent demand of developing countries has been that any requirement to pursue economic development in a way that is less damaging to the global environment be paid for, in part, by developed countries. Environmental aid flows have increased significantly, from roughly US$10 billion per year in the early 2000s, to roughly US$15 billion per year by the end of the decade. However, these totals mask changing trends in the delivery of environmental aid.

From local to global issues

Environmental projects can be divided into ‘green’ and ‘brown’ categories. Brown projects are those designed to generate primarily local environmental benefits. Such projects include water sanitation, desalinatio,n and solid waste treatment. Green projects are those designed to generate benefits that are substantially external to the recipient country, and may include projects such as climate change mitigation, biodiversity preservation, and ozone preservation.

While overall levels of brown aid remained relatively constant during the 2000s, levels of green aid doubled, increasing from roughly US$3 billion per year to roughly US$6 billion (Figure 1). As a proportion of all environmental aid, green aid grew from 20 per cent in the early 1990s to 40 per cent in the late 2000s. These trends likely reflect recent international commitments targeting climate change.

Why are donors opting for bilateral aid?

Multilateral institutions reduce transaction costs for the donors and diminish political uncertainty, potentially dampening the sort of free rider problems that often plague global environmental governance. Thus, it is surprising to see an increased emphasis on bilateral aid channels at the same time that donors are increasingly emphasizing global environmental issues. It is important to question why this is occurring.

There are a number of cost considerations when it comes to delivering aid through multilateral institutions, which may explain the trend towards delivering environmental aid bilaterally.

A future for multilateral climate aid?

Multilateral co-operation is essential for climate governance. Fortunately, given the establishment of major new multilateral funds for climate mitigation and adaptation, it is no longer plausible to argue that donors lack multilateral vehicles through which to channel climate finance, or environmental aid more broadly.

Giving donors more control over UN-managed multilateral channels may encourage their greater use. However, this will have the inevitable consequence of lessening the already weak voice of recipient countries, and is likely to exacerbate the questions of legitimacy and fairness plaguing climate governance that motivated the very creation of new, UN-managed funds.