As the UN celebrated its 75th anniversary the 2020 WIDER Annual Lecture was delivered by Lord Mark Malloch-Brown. He discussed whether the UN can reinvent itself, or whether it will sink into irrelevance. 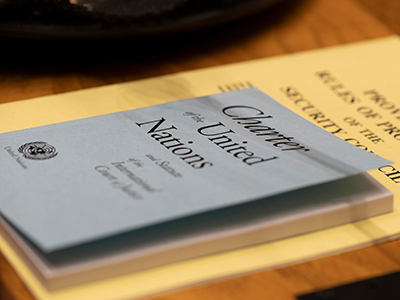 The UN is buffeted by headwinds, some new and some almost as old as the institution itself. From its beginnings it has struggled to keep up with a changing world. Born in the euphoria of a postworld war moment 75 years ago it has struggled with the ups and downs of geopolitics, surging when the world is briefly united, and falling back when it is more frequently divided. It wallowed frequently close to the rocks at the heights of Soviet-US Cold War confrontation but intermittently rode something of a wave during the parallel periods of decolonisation.

That too, though, created its own challenges as membership has almost quadrupled largely because of the birth of these new postcolonial states. This challenged the early ascendancy of the Allied victors, and its founders, in both the UN’s governance and the staffing of the Secretariat and Agencies. To this day injustices are seen to remain in the distribution of posts between nationalities or in the perceived double standards of how the Security Council addresses issues. The influence of its post Second World War founders remains disproportionate. 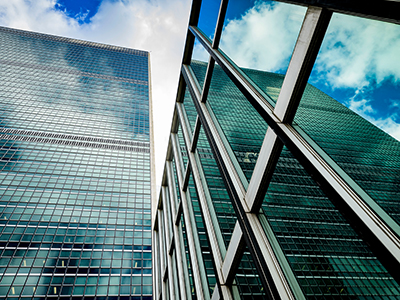 The UN has struggled from the start to be a mirror of the world it represents. The transition from its founding Anglo-Saxon and Western DNA to a more globally distributed state influence has been a struggle from the start. From 48 founding members 1945 to 193 today, the expansion reflects the big twentieth-century shifts — decolonisation, the collapse of the Soviet Empire, and the pursuit of self-determination by those overlooked by history’s cartographers. Adaptation to new members and their aspirations has been vital to the UN’s legitimacy and universality. Although there is still controversy at the senior leadership level, where nationals of the five Permanent Members of the Security Council are seen as over-represented, among staff as a whole the UN of my experience was a gloriously diverse place that revelled in its mix of cultures and backgrounds.

Today, as big an issue may be a demographic revolution that goes far beyond the UN alone. A Youth Challenge is being mounted to the way we live, organise and govern ourselves. The social restrictions of COVID-19 may disguise the scale of the gathering social protest, but COVID-19 has also accelerated it. A digital revolution on the one hand and rising social and economic inequality on the other seems likely set to unseat a ruling establishment that has failed to navigate these tides. The UN, with a staff much older than the global mean and captured by a seemingly impenetrable intergovernmental culture, can seem out of touch.