The recording of the 2020 WIDER Annual Lecture by Lord Mark Malloch-Brown, discussion and Q&A, is now available on YouTube.

As the UN celebrates its 75th anniversary this WIDER Annual Lecture discusses whether the UN can reinvent itself, or whether it will sink into irrelevance.

The UN is at a crossroads. Nationalistic governments across the world reject multilateralism as means of addressing the problems that matter to their constituencies. Instead they adopt aggressively transactional and competitive foreign policy agendas, torching the values upon which the UN was built, and to which member states have pledged to uphold since 1945. Its voice and impact are muted. Many would question whether it has an effective future.

However, beyond the noise of this political debate, global issues have born down on us. Climate change and a pandemic are stark reminders that whatever national politicians claim, we need multilateralism to find global solutions to the crises that don’t respect borders.

The question is, can the UN find the likeminded allies it needs to take up this new agenda? Can the UN build alliances with younger citizens, businesses, and civil society, and challenge these dangerous new national orthodoxies that are threatening all of us? 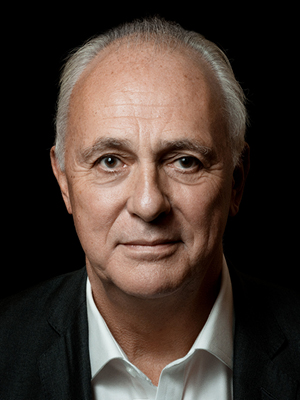 Mark Malloch‐Brown holds international Board and Advisory positions in the commercial and not-for-profit sectors. He currently Co-chairs The UN Foundation and the International Crisis Group and is on the advisory committees to the heads of the IMF and UNICEF.

He served as Deputy Secretary‐General and earlier Chief of Staff of the UN under Kofi Annan. For six years before that he was Administrator of UNDP, leading the UN's development efforts around the world. Later he was later Minister of State in the Foreign Office, covering Africa and Asia, and sat in Prime Minister Gordon Brown's cabinet. He has also served as Vice-Chairman of the World Economic Forum. He began his career as a journalist at The Economist and then worked for the UN High Commissioner for Refugees and was later a Vice-President of the World Bank. He has served for many years on the Board of the Open Society Foundation.

He formerly chaired the Business Commission on Sustainable Development and the Royal Africa Society. He is author of The Unfinished Global Revolution: The Limits of Nations and the Pursuit of a New Politics.

UN at 75: slow death or a new direction

As the UN celebrated its 75th anniversary the 2020 WIDER Annual Lecture was delivered by Lord Mark Malloch-Brown. He discussed whether the UN can reinvent itself, or whether it will sink into irrelevance...

Slow death or new direction for the UN?

For most of its 75-year existence, the United Nations has struggled to strike a balance between its lofty founding aspirations and realities on the ground...

The WIDER Annual Lecture is one of UNU-WIDER’s flagship events. The first lecture was given by Douglas C. North in 1997. Since then the lecture has been delivered by a prestigious line of scholars and political actors, 4 of whom are Nobel...