Foreign direct investment (FDI) has been praised as an important development tool, especially for countries at low levels of industrial development. Attracting multinational enterprises (MNEs) is seen as a means of introducing high-capability firms into low-capability industrial settings, and, given an implicit assumption of automated diffusion mechanisms, the idea is that advanced production technology, managerial knowledge, and working practices will be transferred from foreign investors to local firms, boosting the productivity of local producers. Since the prospective benefit of increased FDI to the host economy will depend in part on the extent to which technical knowledge and working practices held by higher capability MNEs are transmitted to local firms, the L2C project has sought to gain a deeper understanding of the transmission mechanisms that help create productivity gains for local firms. Moreover, the L2C research program has looked at several of such “automatic transfer mechanisms” and found them to be policy and context specific, emphasizing that care should be taken when evaluating the replicability of the Asian FDI/export-led industrialization process in an African context.

Until now our knowledge about capabilities diffusion has been generated from either case studies of direct effects (specific identifiable firm-to-firm knowledge transfers) or econometric analyses of more indirect “spillover effects” from FDI, where statistical associations between increased presence of MNEs and productivity improvements in local domestic firms are interpreted as a result of technology transfers from foreign affiliates to domestic firms. The latter studies of FDI externalities often emphasize the positive productivity spillovers via vertical linkages—i.e., from foreign firms to domestic suppliers (backward linkages) and from foreign suppliers to domestic firms (forward linkages). Generally, so-called horizontal spillovers from MNEs to domestic firms within the same industry are not easily observed. This is not altogether surprising, as MNEs have no incentive to transfer capabilities to competing enterprises, while they often benefit from improvements in the capabilities of suppliers or customers.

The case studies of direct effects and econometric studies of indirect effects are seldom combined. Maybe because both approaches point in the same direction; buyer-seller relationships along the value chain are effective ways to transfer both technological knowledge and better working practices. Using a mixed methods approach in 11 countries to disentangle diffusion mechanisms, the L2C project has confirmed the importance of vertical spillover effects from FDI. In particular, forward spillovers accrued to local firms which were directly linked to foreign-owned firms, highlighting the importance of firm-to-firm interactions in the knowledge transfer process. Moreover, an important source through which multinationals help introduce these new capabilities is related to improvements in working and managerial practices; often through facilitating increased labor market dynamics. A common phenomenon is local employees leaving a multinational company to set up a local enterprise directly connected to the same multinational. By tracing linked domestic entrepreneurs, the L2C project has been able to show how these local entrepreneurs often become either customers of, or suppliers to, the multinational company, and that the entrepreneurs subsequently view the general business environment as more favorable than comparable non-linked local firms. Moreover, linked domestic firms frequently report that they hire employees initially trained by multinational companies. Thus, transfers of capabilities are often manifested in terms of spin-offs (former employees of FDI firms) and labor market competition. As such, maintaining flexible and well-functioning labor markets may help facilitate positive localized productivity gains from FDI.

What have we learned about transmission of capabilities through FDI in different country contexts? First of all, the nature and extent of technology transfers associated with FDI differs fundamentally between Asia and sub-Saharan Africa, owing largely to differences in economic complexity between the two regions. In the relatively complex industrial structures of Asia, value chain linkages between foreign and domestic firms are more common, and knowledge transfer tends to be of a more indirect nature and based on the degree of sector competition among local entrepreneurs. Specifically, local firms in Asia highlight sectoral domestic competition in serving multinational companies as the main reason for technological upgrading. Contrary, in sub-Saharan Africa, there are fewer linkages between MNEs and domestic firms. However, when linkages are present they often lead to direct knowledge and technology transfers. A majority of these transfers are directly stipulated in contracts between MNE s and domestic firms. Moreover, in industries where business practices or production routines are standardized—such as auto parts and horticultural exports—the transfer of knowledge of business practices through firm-to-firm interactions has been highly efficient. Finally, although most sub-Saharan African firms acquire equipment and machinery through import, the direct contractual knowledge transfers occur more frequently through FDI than through trade. This movement shows that tacit knowledge diffusion is more likely to occur through localized linkages and suggests that MNE presence in Africa is an important source for increasing capabilities in domestic firms that cannot be easily substituted through trade and copies of blueprints.

The findings indicate that the benefits of FDI in terms of technology transfer in sub-Saharan Africa have been underestimated due to a dominance of the indirect approach in the measurement of FDI spillovers. At the same time, the results underline the importance of adapting investment promotion policies in sub-Saharan Africa to the specific context, rather than copying current policies of Asian economies.

John Rand is Professor of development economics at the University of Copenhagen​.

This article is based on an earlier article published in the Brooking Institution Africa in Focus blog on 19 November 2015. 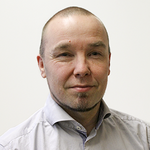 Made in Africa: Learning to compete in industry - Book launch and panel discussion