Blog
What can the GRD do for policymakers?

A few months ago, I was asked to deliver a lecture at the Vienna Institute for International Economic Studies on the UNU-WIDER Government Revenue Dataset (GRD). The GRD is the most complete source of cross-country government tax and revenue data, with the newly updated version covering over 40 years of data from 197 countries.

My presentation at the Vienna Institute was part of a course called Public Governance and Structural Reforms, and the audience included policymakers and government advisors, mostly from countries in South-eastern Europe and Central Asia. The participants came from different government institutions including parliamentary offices, ministries of finance, and central banks in their respective countries.

None of them had used the GRD previously, and for me it was a unique experience to interact with non-research policymakers. Rather than the usual research-oriented questions, they wanted to know if the tax system in Estonia is appropriate and how much revenue should the government of Uzbekistan raise to fund its expenditures.

So, what can the GRD do for policymakers? Can it provide answers to the practical problems they deal with daily? The dataset is not a magic toolbox that dispenses ready-made policy advice, but it does contain a lot of useful information that can guide policymakers to more informed decision making. I showed them how to get a complete overview of revenue trends across countries with just a few clicks, and how to carry out some basic econometric analysis on tax revenue and its sub-components —charting a trajectory for policy-driven analytical work. This set the tone for very fruitful discussions. The feedback from participants and the organizers was tremendously positive.

Although UNU-WIDER has been hosting the GRD since 2016, we only began collecting data on its usership one year ago. We now know that they include an equal number of students and professionals, plus some early career researchers. They come from all over the world, and we are particularly delighted to find out that two-thirds are from countries in the Global South, with 37% from sub-Saharan Africa. We are happy to know that the data is reaching people in developing economies and enables research and analysis on better policymaking and interventions needed for the achievement of the Sustainable Development Goals (SDGs).

The signals we receive from our users are encouraging. The GRD is being utilized by many organizations and individuals around the world, and the feedback we receive is overwhelmingly appreciative. The World Bank uses the GRD as a major data source for their Revenue Dashboard, a tool that benchmarks tax policy performance (Figure 1).

The GRD is also a key data source for the production of the Ibrahim Index of African Governance (IIAG), a tool that measures and monitors governance performance in African countries. And, the GRADE project at the University of St. Andrews chose the GRD to model the relationship between government revenue and progress on the SDGs.

Abrams Mbu Enow Tagem is a research associate with UNU-WIDER. He holds a PhD in economics and a Master’s degree in economic development and policy analysis, both from the University of Nottingham, UK. He is an empirical development economist, focusing on fiscal capacity and development aid and on the application of (panel) time-series methods. 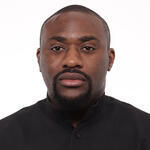 The tortoise defeats the hare

Social protection at a crossroad

Indonesia, the developer’s dilemma, and Vision 2045
Next