Blog
What role for East African hydrocarbons in the global economy post-Paris COP21?

Over the past decade significant hydrocarbon discoveries have been made across East Africa.

Unsurprisingly, the respective governments countries have been excited about these discoveries, expecting revenue and local economic opportunities to follow suit. However, concerns about the macroeconomic, political, social and environmental risks associated with developing these resources have also been raised. Countries have been advised to avoid common pitfalls and seek guidance on how best to manage the sector.

The questions asked here are what role will these discoveries play in the global economy, and how are host countries preparing for this role?

International climate policy and the role of natural gas

The agreement on international climate policy reached at the Paris COP21 in November 2015 had initially suggested that new hydrocarbon producers would increasingly face the risks of ‘unburnable carbon’ and ‘stranded assets’.

Possibly, these risks are dampened by President Trump pulling the United States out of the Agreement, and other countries thought to spearhead the transition towards renewable energy not progressing towards a low-carbon economy as smoothly and successfully as perhaps expected.

In addition, in the run-up to COP21 natural gas was promoted as the fuel of transition that could mitigate climate change — because of its lower CO2 emissions compared to oil and coal.

Yet, increased investments in natural gas exploration and production, including from US shale gas resources, have led to a structural change in the market. Traditionally, natural gas has been traded on long-term contracts with so-called ‘destination clauses’ that have supported operators to bank these terminals. With US shale gas and Australian liquefied natural gas (LNG) flooding the market, the power of buyers has increased. These buyers include Japan’s Jera, the world’s biggest buyer of LNG.

Its head, Yuji Kakimi, told the FT that the changing LNG market was not only eliminating the price differential that previously existed between Europe and Asia, but that it also gives buyers the power to demand more flexible contracts and, thus, is putting downward pressure on prices more generally.

Some believe this development is undermining future investments in greenfield multibillion-dollar terminals. Others hope that LNG prices will not stay low for long because demand for natural gas may rise further due to its relatively better environmental credentials when compared to oil and coal.

How about oil producers?

Opinions are similarly divided on whether the current period of ‘lower for longer’ oil prices is continuing or coming to an end. There is the view that Middle Eastern geopolitics and stronger-than-expected demand from Asia are prompting an oil crunch, as demand will be exceeding supply and, thus, prices will rise. Others maintain that prices will remain at the current US$50–60 a barrel. OPEC will not cut its supply and non-OPEC producers will also continue to deliver output.

Thanks to technological innovations, the competitiveness of renewable energy has improved simultaneously. The cost of solar panels, batteries, and wind production has fallen substantially, bringing a low-carbon future closer. The World Bank has highlighted that the low-carbon future will result in significant opportunities for resource-rich countries that can supply the particular types of minerals and metals that renewable energy technologies need. This issue has only recently received attention.

However, the rising demand for the types of minerals and metals that renewable energy technologies need brings its own challenges. A double-edged sword is the fact that artisanal and small-scale mining contributes not insignificantly to supply. This type of mining employs many more local people than industrial mining. But it is also intertwined with complex challenges: child labour, human rights abuses, environmental pollution, and the financing of violent local conflicts. The downstream supply chain of low-carbon technologies has only started to grasp these complexities, not least prompted by advocacy from Amnesty International and others.

What is in it for East Africa?

This broad-brush global picture has several consequences for East African hydrocarbon discoveries and how countries are preparing for these.

First, the cost of producing natural gas in East Africa is high. There is a risk that the discoveries do not translate into competitive investment projects in an environment where prices are under pressure and the LNG market is facing fundamental structural change.

Second, the region’s sociopolitical and socioeconomic environment is not sending positive signals to those contemplating investing in immobile assets. Industry news from Tanzania signal frustration with President Magufuli’s confrontational legal and regulatory approach vis-à-vis the extractives sector in general. In Kenya, regional politics and decentralization place high local demands on project development. There has been some progress in planning for the East Africa Crude Oil Pipeline bringing Uganda oil to the Tanzanian port of Tanga, but there are very high expectations on the Tanzanian side of the benefits that this project should deliver to the country.

Third, all the countries put their high hopes on local content and tax revenues. Every country in the region has been advised on how to prepare for the spending of taxes that have yet to be generated, and not to overlook the risk that projects may not actually progress and generate taxable value, at least not in the medium-term. Every country has also invested in developing local content policies, legislation and regulations, promoting these as the panacea for delivering benefits to local people.

At the same time, every country has struggled to improve the business environment for the non-extractives sectors — including those that are indirectly linked to the extractives sector but are also of wider benefit to other sectors, for example infrastructure, logistics, hospitality, or general business services. And some countries, notably Mozambique, are facing rather difficult circumstances with regards to their public financial management systems and broader public sector institutional arrangements which, ultimately, are key to countries achieving the structural transformation that can bring sustainable development on the back of the extractives sector.

Where some progress has been made

It is only in Mozambique where some tangible progress appears to have been made. In June 2017, energy company ENI and its partners took the decision to start project implementation for Coral FLNG. Further agreements were signed in August, when it was announced that oil and gas exploration company Anadarko would build a second, separate LNG terminal onshore. Furthermore, there is interest in connecting the country’s hydrocarbon discoveries with regional demand in the downstream sector.

The country has also drawn the attention of several miners, eager to tap into its graphite and lithium reserves. At present, Mozambique’s economic growth is mainly driven by its mining sector.

The obvious question to ask is how the cumulate impacts of these various developments will play out and how the country will go about ensuring that its people will gain sustainable benefits on the back of the extractives sector. 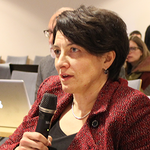