As the world battles with the triple problems of social, economic, and environmental challenges, it has become important to focus both policy and research efforts on these. Therefore, this study examines the effect of wealth inequality on CO2 emissions in five emerging economies: Brazil, Russia,...

This paper investigates the long-term impact of economic shocks on populism, by exploiting a natural experiment created by the trade liberalization process implemented in Brazil between 1990 and 1995. This high impact and low duration event generated a profound shock to the economy with, we argue...

Through rapid urbanization, Brazil—previously a country where most workers were in the agricultural sector—went through a strong process of structural transformation that lasted almost four decades until economic liberalization at the beginning of the 1990s. During the same period,...

Can students’ rank in the ability distribution of their class impact their academic achievement? We aim to answer this question using a discontinuity generated by a rule for the distribution of students between classes at a prestigious Brazilian university. The rule means that in...

Traditional economic models predict rural to urban migration during the structural transformation of an economy. In middle-income countries, it is less clear which direction of migration to expect. In this paper I show that in Brazil as many people move out of as into metropolitan cities, and... 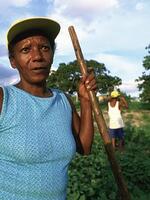 Access to effective social insurance in Latin America is typically determined by workers’ status in the labor market – whether they have formal or informal jobs. This column explains why the separate systems constitute a bad economic and social policy. The author calls for... 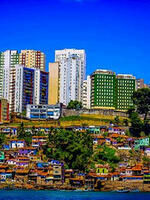 Income inequality is the result of complex processes with multiple interacting driving forces but understanding those drivers in emerging economies is particularly difficult because of data and analytical challenges. While most middle-income countries produce comprehensive household surveys these... Inequality in Brazil
– Inclusive growth trend of this millennium is over
Marcelo Neri - UNU-WIDER, 2019 - Helsinki, Finland

After three decades of persistently high inequality, Brazil has been experiencing a downward trend since 2001, accompanied by a rise in household incomes. These trends lasted until 2014 when a major reversal took place on both fronts. Since the 1970s Brazil has been one of the most unequal...

This paper documents the evolution and the determinants of earnings inequality in the Brazilian formal sector from 1994 to 2015, using establishment level data. In 2015, schooling explained 33 per cent of overall inequality. Firm-specific effects explain 65 per cent of total inequality level...

We study the trajectory of the gender gap over time and over the life cycle, using a matched employer-employee data from the formal labour market in Brazil. We document the evolution of participation and earnings for both males and females during the period 1994–2015 and the gender...

This paper evaluates the impacts of combining household surveys with income tax return files, in terms of growth, inequality, and social welfare in Brazil from 2007 to 2015. This exercise holds the promise of adding more realistic top income values to traditional surveys. While the previous...

This paper assesses causes and consequences of fiscal redistribution in Brazil. The framework proposed allows evaluating in an integrated manner the impacts of government-sponsored actions in inequality and mean income changes on social welfare, addressing both static and dynamic implications...

Education-related changes are often argued as the main reasons for changes in earnings distribution. However, omitted variable and measurement error biases possibly affect econometric estimates of these effects. Brazil experienced a sharp fall of individual labour income inequality between...