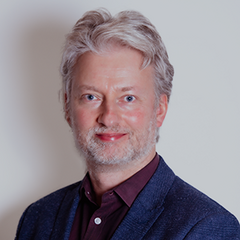 Professor Burger authored Getting it right: A new economy for South Africa, during his time as Fulbright exchange scholar at the Centre for Sustainable Development, Earth Institute, Columbia University in the USA during 2016/2017. He wrote three more books and numerous academic articles, and co-authored two International Monetary Fund (IMF) working papers.

In 2009, he was a visiting scholar at the IMF and was seconded to the Organisation for Economic Cooperation and Development (OECD) in Paris several times. Professor Burger was President of the Economic Society of South Africa (2012-2014), co-authored a 20-year review of South African fiscal policy since 1994, and was one of the 20 participants in a roundtable meeting with President Cyril Ramaphosa in 2018 on how to get economic growth in South Africa on a higher growth trajectory. He was also a member of the South African Statistics Council and a panel of experts of the South African National Treasury. Recently, he also became a member of the Lancet COVID-19 Commission’s Task Force on Fiscal Policy and Financial Markets.

As a UNU-WIDER Non-Resident Senior Research Fellow, Professor Burger is involved in the Southern Africa – Towards Inclusive Economic Development programme. Specifically, he is co-organizing the project’s sub-component focusing on Macro-fiscal analysis and policy modelling in South Africa.