This session explores the future for aid, drawing upon an extensive body of UNU-WIDER work on the topic since 2009.

Aid is at an inflexion point. Traditional and new aid donors, and their development partners, need to recast their relationship for a world where there is more private capital available, and in which many countries are graduating from low-income to middle-income status (in part the result of successful aid programmes).

At the same time, aid must adjust to new challenges including the need to help countries transform their economies (an imperative for job creation) and the impact of climate change. Fragile states continue to be of major concern, given their high levels of poverty.

This session draws from the ReCom – research and communication on foreign aid project.

Richard Manning is a Visiting Researcher at the Blavatnik School of Government at University of Oxford. He is also chair of the Board of the International Initiative for Impact Evaluation and was coordinator of the past two replenishments of the AfDB’s soft fund, as well as vice-chair of two earlier replenishments of the Global Fund. Mr. Manning worked for UK Department for International Development (DFID) serving in West Africa and South East Asia, and as Alternate Executive Director at the World Bank. 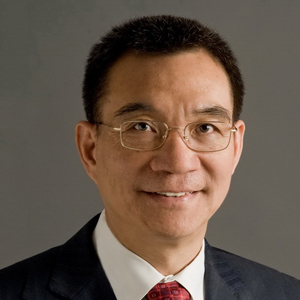 Justin Yifu Lin is Councilor of the State Council and Honorary Dean of the National School of Development at Peking University. He is also a member of the Standing Committee of Chinese People’s Political Consultation Conference and Vice Chairman of All-China Federation of Industry and Commerce. He was previously the Senior Vice President and Chief Economist of the World Bank and Founding Director and Professor of the China Centre for Economic Research (CCER) at Peking University.

Danielle Resnick is a Senior Research Fellow at IFPRI. As a political scientist her research focuses on the political economy of development. Key research areas include the impacts of public sector reforms on accountability and efficiency, drivers of agricultural policy volatility and reform, urban governance structures and their influence on service delivery, democratization and political participation, and foreign aid effectiveness. She currently co-leads IFPRI’s strategic research on Strengthening Institutions and Governance.

Louise Fox is USAID’s Chief Economist. Before joining USAID she served as a Visiting Professor of Development Economic Policy at the University of California, Berkeley, and as a consultant in development economics, specializing in employment, labour markets, gender, social service delivery and poverty reduction. Dr Fox has also had a distinguished career at the World Bank where she advised governments in Africa, Latin America, Asia and Eastern Europe.